Major corporations headquartered in the conservative state of Texas are throwing a liberal hissy fit. They are freaking out over plans from the conservative bloc to “further restrict voting in Texas.”

American Airlines should drop the first half of their name in the interest of honesty. Dell Technologies, who has been selling computers out of Round Rock for decades joined “Imperial” Airlines to lead the attack on Senate Bill 7.

The 007 measure in Texas is a license to kill voter fraud by ripping away democratic last minute add ons which made it easier to cheat. Left leaning corporations are socially disgusted.

The measure came up for a vote at 2 a.m. and Senate Republicans advanced the measure to Democrat horror. “Earlier this morning, the Texas State Senate passed legislation with provisions that limit voting access,”

The progressive airline whined. “To make American’s stance clear: We are strongly opposed to this bill and others like it.” Corporations like Dell were quick to climb on the bandwagon.

New World Order aligned corporations like Dell Technologies are also terrified of House Bill 6. Michael Dell tweeted out that “legislation would prohibit local election officials from proactively sending out applications for mail-in ballots and impose new rules for people assisting voters to fill out their ballots.”

It’s all a lot of hype and nonsense. The real intention is making it easier for Democrats to stay in power, stealing elections by default from here on in.

Agree. Free, fair, equitable access to voting is the foundation of American democracy. Those rights – especially for women, communities of color – have been hard-earned. Governments should ensure citizens have their voices heard. HB6 does the opposite, and we are opposed to it. https://t.co/srLRfGxgZF

To Democrats, free and fair when it comes to an election is making sure they can vote early and vote often while conservatives aren’t allowed to vote at all.

When they are, their votes won’t be counted. It’s totally scary to hear major computer corporations like Dell putting their thumb on the scale to pick a winner ahead of time. They do it with inside-out, upside-down Democrat doublespeak.

The House Elections Committee spent Thursday taking witness testimony about the proposal which was expected to drag on long into the night.

As Dell observes “free, fair, equitable access to voting is the foundation of American democracy. Those rights – especially for women, communities of color – have been hard-earned. Governments should ensure citizens have their voices heard. HB6 does the opposite, and we are opposed to it.” Nobody should have predetermined election outcomes and corporations should stay out of it.

The corporations are simply going to have to get over it because Texas is a conservative state and it is the voters who make the decision.

“Both measures are legislative priorities for Texas Republicans, who this year are mounting a broad campaign to scale up the state’s already restrictive voting rules and pull back on local voting initiatives championed in diverse urban centers.” Boo Hoo. Conservatives want election integrity.

On Saturday, Joe Biden and “Dr.” Jill Biden attended a commissioning ceremony for the USS Delaware, which is…
byadmin 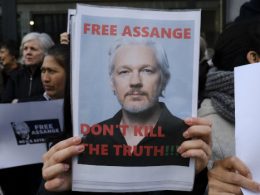 This Governor Under Attack for Protecting Children

Texas Governor Greg Abbott may be a squish on some things, but protecting children isn’t one of them.…
byKasey Dean

Website Gave Her Ten Million Dollars By Mistake, Now They’re Trying To Make Her Pay It Back…

Over $10 million in funds was accidentally sent to an Australian woman’s cryptocurrency account. The incident occurred when…
byStaff Editor