A new poll, done in collaboration between Issues & Insights and TechnoMetrica Institute of Policy and Politics, produced results which have Democrats totally freaking out. Donald Trump isn’t just the Republican 2024 frontrunner, he’s way ahead of the pack.

According to the latest I&I/TIPP Poll, “President Donald Trump appears to be dominating the 2024 Republican primary field among Republican voters.”

Democrats can’t deny the poll numbers dramatically indicate “Republicans are most enthusiastic about the prospect of Trump running on the GOP ticket.”

Trump is “in the lead with 60 percent” and nobody else stands a chance. Conservatives want him back. Meanwhile, “only 37 percent of Democrats want Biden on the 2024 ticket again.”

Mike Pence ranks third with 9 percent. Born near the U.S.A. Ted Cruz ties with Nikki Haley to scrape 3 percent off the bottom. Democrats won’t be happy with any of them.

The progressive annoying poll was conducted between December 1-4 and included “1,013 registered voters.” The margin of error is +/- 3.2 percent so they can’t say for sure that Cruz or Haley are really on the board.

You can forget about anyone else. Even DeSantis only seems to stand a chance if a meteorite hits Mar-a-Lago.

Trump isn’t too concerned with the poll numbers because he knows the score. Over the harvest feast holiday he “dropped a major hint about 2024.” During his Thanksgiving message, the Deplorable-in-Chief observed it’s a “very interesting time in our country, but do not worry, we will be great again and we will all do it together. America will never fail, and we will never allow it to go in the wrong direction.”

Washington Examiner is in panic mode. “With Biden’s sinking approval, Democrats are likely to lose about the 41 seats Trump lost. This is 34 more seats than the GOP needs to take control of the House of Representatives.”

Trump feels it’s still to early to lock in a firm commitment and explains he will “probably” wait until after midterms “to formally announce” his 2024 run. “I am certainly thinking about it and we’ll see,” Trump said. “I think a lot of people will be very happy, frankly, with the decision, and probably will announce that after the midterms.” The poll says he should.

Official Propaganda Minister Jen Psaki couldn’t wait to tell the Democrats that they better get used to Joe. “Biden intends to run for reelection in 2024.”

Joe Biden is only 37 days into his presidency, and he is already screwing up royally. He is…
byadmin
2 comments 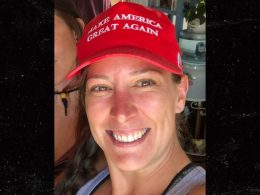 While the left continues to pretend that January 6th was the apocalypse and Trump supporters are terrorists, bombshell…
byStaff Editor 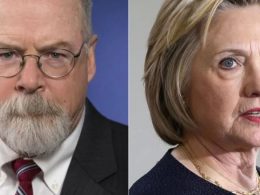