This Famous Actor Just Got Hit With EVEN MORE Bad News

Alec Baldwin just got more bad news! The actor and director is finally receiving some consequences regarding the fatal shooting of the cinematographer on the set of the film, “Rust.”

Baldwin fatally shot Halyna Hutchins in October of 2021 during a rehearsal for a scene for the movie, which was being filmed near Santa Fe, New Mexico. Director Joel Souza was also injured in the shooting which occurred when Baldwin practiced a draw with a revolver and fired the weapon.

CNN reports that the family of the cinematographer that was fatally shot is now suing Baldwin, claiming that his conduct was reckless and violated numerous industry standards.

The New York Post reported on the shooting at the time, and a different lawsuit being filed against Baldwin by the script supervisor on the set of the film, writing:

Alec Baldwin “intentionally” fired a gun toward cinematographer Halyna Hutchins on the “Rust” movie set, disregarding set protocol in the deadly shooting, according to a new lawsuit filed Wednesday.

[…]In the suit, Mitchell claimed, “Alec Baldwin intentionally, without just cause or excuse, cocked and fired and loaded gun even though the upcoming scene to be filmed did not call for the cocking and firing of a firearm.”

She also said every safety protocol designed to ensure safety with a firearm on set was ignored, such as the presence of live ammunition on set, and that “actions that were taken” that day “were against all industry norms.”

Well, Baldwin’s consequences don’t end there, because aside from new lawsuits being filed against him, he is also losing his TV show, “Match Game.”

“Match Game,” a show Baldwin hosts, is not expected to return to ABC this summer, as the network has decided to run other summer game shows in its programming lineup, according to an article in Variety.

However, the decision to cut “Match Game” was allegedly not related to the “Rust” shooting, as Variety reports, writing:

The fate of “Match Game” had been the source of speculation in the wake of Baldwin’s accidental shooting of cinematographer Halyna Hutchins on the set of the independent production “Rust” last fall.

But ABC’s decision to cancel “Match Game” is not related to that incident; “Match Game” hasn’t been in production since 2020, prior to the COVID-19 pandemic — and only aired two new episodes in 2021, which had been left over from the previous year.

Even if it was cut because of the “Rust” shooting, the decision might be a good one for Baldwin: staying out of the public eye until he’s vindicated would probably be best from a public relations perspective.

So, keeping him off a game show would probably be what his PR team wants, as it means he can keep hidden and people won’t remember the incident, whereas if he’s on TV in an even unrelated role the shooting will probably come up, or people will at least think of it.

Still, the cancellation must be yet another sting for Baldwin in an already bad past few months.

Baldwin’s attorney has denied that the actor did anything wrong in the “Rust” incident, saying:

“We continue to cooperate with the authorities to determine how live ammunition arrived on the ‘Rust’ set in the first place. Any claim that Alec was reckless is entirely false. He, Halyna and the rest of the crew relied on the statement by the two professionals responsible for checking the gun that it was a ‘cold gun’ — meaning there is no possibility of a discharge, blank or otherwise. This protocol has worked on thousands of films, with millions of discharges, as there has never before been an incident on a set where an actual bullet harmed anyone. 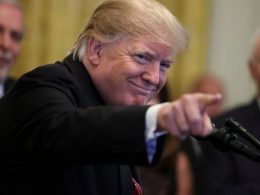