Science has just made an incredibly historic leap forward in technological advancements by creating living, self-healing tissue for robots.

Researchers from the University of Tokyo have just successfully created a tissue-engineered skin that seems to mimic both the appearance and functionality of human skin, which brings the world one step closer to biohybrid robots.

A paper was recently published on the work detailing the process and testing that contributed to the creation of this new synthetic skin.

And not only does the synthetic skin look like human skin, it also possesses what the researchers had called a living skin model which holds the ability to self-heal. The breakthrough creation was originally conceptualized from grafted hydrogels that are typically used in the treatment of patients with severe burns. 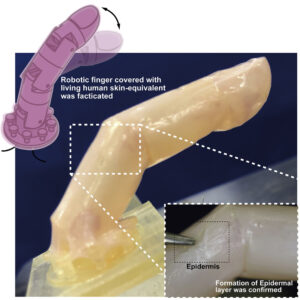 The research paper discussed the potential benefit for human-robotic interaction within the fields of not only medical care but also nursing care and the service industry.

“Such tasks for humanoids require a human-like appearance to improve the efficiency of information exchange with humans and to evoke likability,” the paper indicated.

“The finger looks slightly ‘sweaty’ straight out of the culture medium,” Shoji Takeuchi, the scientist who helped develop the skin and professor at the University of Tokyo, Japan, told technology blog Tech Xplore. “Since the finger is driven by an electric motor, it is also interesting to hear the clicking sounds of the motor in harmony with a finger that looks just like a real one.”

Additionally, water retention tests were conducted on the new living-tissue, which revealed that the artificial skin serves as a barrier to water leakages.

“We are surprised by how well the skin tissue conforms to the robot’s surface,” he said. “But this work is just the first step toward creating robots covered with living skin.” 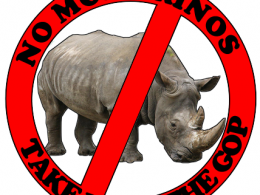 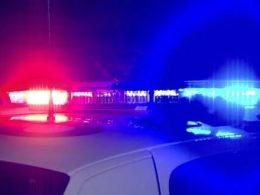 During her local school board meeting, a Colorado mother was silenced after attempting to read from one of…
byStaff Editor

In a surprise announcement at a fundraiser, Donald Trump gave the left something else to fear as he…
byadmin
2 comments