He Was BURNED ALIVE

A horrific story has surfaced out of Nigeria.

According to reports, a Catholic priest was burned alive.

A gunman had reportedly tried to shoot the priests first, then he set the home on fire.

This led to the death of Father Isaac Achi.

According to local reports, the gunman had tried to enter the home, but when he was unable to do that, he set the home on fire.

Another priest, Father Collins, was shot by the gunman when he tried to escape the burning building.

This is apparently not an uncommon happening in Nigeria…

At least 12 Catholic priests and religions men and women were killed in 2022, with dozens being kidnapped.

Unfortunately, 2023 is off to a rough start, with several priests and a bishop wrongfully imprisoned in #Nicaragua, and the first murdered Catholic priest, in #Nigeria. https://t.co/sSeY7RL3TF

Gov. Abubakar Sani Bello added, “These terrorists have lost it and drastic action is needed to end this ongoing carnage.”

I cannot help but wonder how much money our government is sending over to Nigeria with no stipulation on stopping this violence against Catholics.

According to reports, a 10-year-old boy has been arrested and charged as an adult after he shot and…
byStaff Editor

An investigation over last month’s shooting of the home of Republican Congressional candidate Pat Harrigan’s parents. According to…
byKasey Dean

Another Hollywood big wig has been ordered by a jury on Thursday to pay at least $7.5 million…
byKasey Dean

He Walked Into the Police Station and Went to Open Fire…

A child sex offender from Georgia is finally under arrest. Brad A. Hatter was arrested in 2005 in…
byStaff Editor

She Was Rescued with the Hatchet Still Sticking in Her Head

When Lisa Rogers Eaton was rescued by first responders, the hatchet was still protruding from her head. Initially…
byMark Megahan 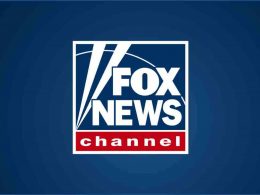 In a tragic drama that played out in Florida, a Miami-Dade police officer was shot by his former…
byStaff Editor

Criminals Overrun State as Police Continue to Pull Back

Criminals in Tehama County, California, are happy to hear that police won’t be working during daytime hours. They…
byStaff Editor

In Kenya, police are now investigating the mysterious death of an LGBTQ activist whose body was discovered inside…
byStaff Editor