Ivanka Trump, the daughter of the former president, has just stepped up and done something that the left has so far refused to do: she purchased 1 million meals to send to people in Ukraine and Ukrainian refugees on the Poland-Ukraine border, according to reporting by Fox News.

While the left prefers to force you to give your taxpayer dollars to foreign countries as ‘humanitarian aid’ whether you like it or not, those on the right — like Ivanka Trump — prefer to give voluntarily, through charitable donations, to aid those who are suffering.

Former President Donald Trump’s eldest daughter personally contributed hundreds of thousands of dollars toward the 1 million meals, which measured around 158,400 pounds of food, a source familiar with the charitable gesture told Fox News.

Trump worked to connect several nonprofit organizations, including CityServe, City of Destiny and Mercy Chefs to help package shelf-stable meals of oatmeal and goulash. The choices of meals came from advised food preferences of aid workers in Ukraine.

Trump had been coordinating with the UPS Foundation, and her partners – City Serve, City of Destiny, the Pentecostal European Fellowship and several local church organizations – to deliver the food to Warsaw, Poland.

From there, local partners, including hundreds of volunteers from the local community and faith-based organizations, are set to deliver the meals to Ukrainians seeking refuge in Poland, as well as to families still inside Ukraine.

“The Ukrainian people have shown inspiring courage and resilience during the invasion of their country by Russia,” she told Fox News. “As is often the case, pain and hardship are disproportionately borne by the most vulnerable.”

“With this food, I hope to provide a small source of comfort and nourishment for Ukrainians who are suffering so greatly,” Trump added.

A source close to Ivanka Trump told Fox News that she has a “very personal connection” to the conflict in Ukraine, as her mother Ivana Trump grew up in Soviet-occupied Czechoslovakia.

Trump’s 96 year old grandmother, Marie Zenicova, who lives with her in Florida, still teaches her children to “treasure our freedoms,” the source stated.

The aid sent by Trump to Ukrainians comes as Russian President Vladimir Putin’s multifront invasion continues to rage on.

“People here in the U.S. are hungry to do something to help. People there are hungry for help,” Pastor Paula White-Cain, senior Pastor of the City of Destiny Church in Orlando, Florida, and president of Paula White Ministries, told Fox News. “While we were deciding how to connect the two, I got a call from Ivanka Trump. She and I worked closely in the White House to put together a national hunger relief program called Farmers to Families. When I told Ivanka what we were doing, she went into action as only Ivanka can.”

“Quite honestly, if it weren’t for her immediate involvement, a plane would not already be on its way to Poland right now to deliver 1 million meals for Ukrainian refugees fleeing the devastation of their nation,” White-Cain added.

Since Russia invaded Ukraine on February 24th, more than 3.5 million Ukrainians have fled the country. The United Nations estimated that Poland has taken in over 1.2 million Ukrainian refugees. Hundreds of thousands more refugees have fled to neighboring countries including Hungary, Slovakia, and Romania.

In the runup to the Russian invasion of Ukraine, Joe Biden was asked by a reporter in a…
byadmin

Senator Joe Manchin (R-WV) announced he will not support Democrats’ bill regulating abortion on a federal level. The…
byStaff Editor

Biden Makes Another Comment that Makes Us Question His Competence 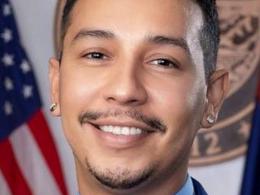