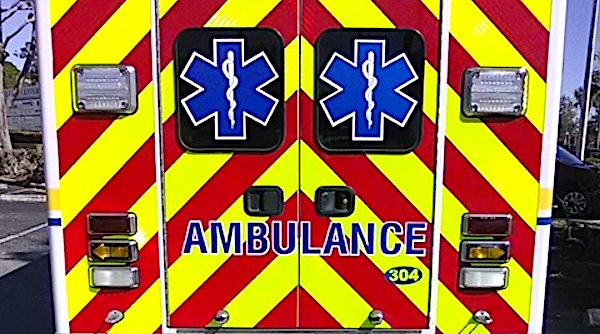 Following an alleged attack by a five-year-old student, a South Florida elementary school teacher was rushed to the hospital last week.

Per the report from NBC Miami, the attack occurred at Pines Lakes Elementary School, where the Pembroke Pines Police Department informed the public that the student will not be facing charges.

The police report detailed the incident, which began when the student in question and another four-year-old student were throwing objects and flipping chairs in a pre-K classroom.

The 43-year-old teacher named Trisha Meadows took action and escorted the 5-year-old student to a “cool down” room, where the student reportedly pummeled her with his fists, hands, and feet repeatedly. Meadows’ injuries from last week’s attack were so serious that the teacher had to be intubated. (Credit: DailyMail)

First responders found the teacher “sitting on the ground against the wall,” and police noted she “was clearly weak and dazed” and in a “faint state.”

The President of Broward Teachers Union, Ana Fusco, stated that the child injured Meadows so badly to the point of her requiring surgery, therefore it is likely he used all of his strength.

‘He actually ran and attacked and jumped on her with his whole body weight. She fell and hit her head, which caused the severe injury and other bodily injuries where she is going to need surgery,’ she said.

The Pembroke Pines Police Department explained to the public on Monday that the 5-year-old student will not be facing charges, despite the brutal attack at the elementary school.

A spokesperson with the police department reasoned that it would prove to be challenge to show that the student actually possesses the ability to distinguish right from wrong.

Amanda Conwell, a public information officer for the designated police department stated to news outlets that the teacher “has since returned home and is not under hospital care.”

“Due to the child being below the age of reason, no arrests have been made at this time and no charges were filed with the State Attorney’s Office. The child and their family were referred to Child Protective Services for additional resources. Our investigation is still active, however, so this information may change.”

‘As always, the health, safety, and well-being of our students and staff continue to be my highest priority,’ the message read.

However, this message did not seem to calm the nerves of parents, who have stated that they no longer feel safe after repeated attacks.

Biden Makes Another Comment that Makes Us Question His Competence

After Joe Biden made yet another destructive decision meant to further dishonor America, legendary musician Lee Greenwood is…
byadmin