The state of Kentucky, rather than taking a back seat to tornado relief efforts has taken a more active role. The state has just finalized the purchase of 200 brand new travel trailers outfitted to house the families that were displaced by the devastating December 10th outbreak of tornados that struck the state. According to Governor Andy Beshear, the first twenty of the units should be ready to receive the first tornado victims by the end of the week. 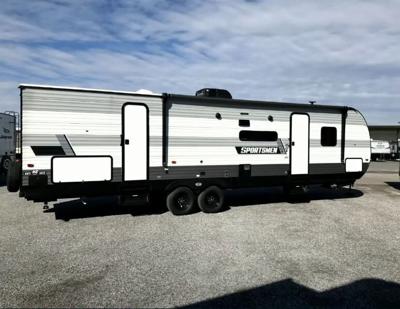 According to Local WPSD NBC6,

“Beshear said by the end of the week, 10 travel trailers will be set up in Mayfield and 10 will be set up in the Dawson Springs area. The governor said the trailers are an interim step that will allow displaced families to live in their own communities and keep their children in their own school systems while the process of storm recovery and rebuilding continues.”

Governor Beshear told the press that the notion of travel trailers is better than the traditionally used mobile homes because the mobile homes typically cannot be moved once deployed and become abandoned structures. The travel trailers can be cleared out when no longer needed and have resale market value for the state to offload.

Beshear isn’t satisfied with the progress being made so far though.

“It is not only my hope, it’s been in my instructions that we’re going to have some families in them by the end of this week and continuing to speed this process,” Beshear said. “This is the period of time where maybe some of the initial shock wears off. You’ve been in a hotel for almost a month or room at the state lodge. We all start itching, wanting to have more space and be back to normal. Sadly, when a tornado is completely wiped out your town, it’s going take a lot longer to get to a normal. But this is an interim step that we think will provide again more space and more comfort to our families.”

As the recovery continues there is much to do. The Governor informed the press that according to the U.S. Army Corps of Engineers only about 24.5% of the debris, some 1.1 million cubic yards of it has been cleared away. He also mentioned that about 40% of all the debris is in one town, Mayfield, KY.

This picture highlights the strength and resilience of Kentuckians. Our people are always there for one another – especially when it comes to our kids.

“Normally a tornado, even one that brings in FEMA will touch down, maybe destroy several neighborhoods, but rarely if ever does it destroy entire cities, entire downtowns. Here, 70-plus-percent of all homes in Dawson Springs. This is devastation and an amount of debris like never before,” Beshear said. “But it is going to take months. They believe that Mayfield, it’s going to take at least until the end of April for debris removal.”

This latest generation of Democrat Leaders just isn’t really working out are they? With the likes of Congresswoman…
byMatthew Holloway
No comments

Following his resignation as the governor of New York last year, Andrew Cuomo made a statement on Thursday…
byStaff Editor

It seems that Canada is just as infested with socialist rats as America is. They call the Communists…
byMark Megahan