The cat is out of the bag: the U.S. Centers for Disease Control and Prevention (CDC) can no longer hide its hypocrisy. It’s ironic to think that they are the number one agency to call for vaccinations and the spreading of COVID fear, and yet hundreds of their very own employees refuse to get the same vaccine that they push on the general public.

According to Zachary Stieber’s latest piece written for The Epoch Times, this is very much REAL. The data was exclusively obtained by the outlet confirming, “Nearly 400 employees at the U.S. Centers for Disease Control and Prevention (CDC) haven’t received a COVID-19 vaccine.”

At first, the CDC immediately declined to provide the exact numbers, which seems awfully strange. However, The Epoch Times filed an appeal with the Department of Health and Human Services, the CDC’s parent agency, to get the figures they were hoping for.

A Freedom of Information Act (FOIA) officer at the agency, Roger Andoh disclosed to The Epoch Times that a total of 382 workers at the CDC remain unvaccinated.

BREAKING: According to a report by the Epoch Times, nearly 400 employees at the CDC have yet to receive a COVID-19 vaccine.

This should be concerning to everyone.

Nearly 400 employees at @CDCgov have not received a #Vaccine against #COVID19, according to data obtained exclusively by The Epoch Times.

The agency also disclosed that it has granted zero requests for an exemption from the federal #VaccineMandate. https://t.co/Vm7nYeYhQ2

Another nine employees have just had one dose of the Pfizer or Moderna vaccines, meaning they also don’t qualify as fully vaccinated per the CDC’s guidelines.

Collectively, the number is 3.2 percent of the CDC’s workforce.

Andoh initially pointed to a statement from the government that contained data as of December 2021 and declined to fully answer The Epoch Times’ FOIA request, which asked for more detailed figures that were current as of March 15.

“Please note that this is the most recent and most complete data available and some data elements that you requested are not available,” Andoh said initially.

When asked to clarify, another CDC officer repeated Andoh’s statement.

After The Epoch Times filed an appeal to the Department of Health and Human Services (HHS), the CDC’s parent agency, the office changed its stance without explaining why.

“After an additional search, we are providing you with the following information,” Andoh said in the new response.

“The response I got to your appeal from CDC gave me the impression they didn’t mean to withhold any information in the first place,” Jonathan Nelson, a FOIA analyst with HHS, told The Epoch Times in an email. “Based on that, my (personal) belief is that this was just an accidental omission on their part.”

In addition to revealing that 391 employees weren’t fully vaccinated, the CDC said that 12,399 were fully vaccinated, meaning that they had received two doses of the Moderna or Pfizer vaccines or the single-shot Johnson & Johnson jab.

Additionally, 5,810 employees shared that they had received a booster dose, although the agency stressed that employees don’t have to say whether they’ve had a booster.

The CDC also disclosed that the agency had granted zero requests for exemption to President Joe Biden’s federal worker vaccine mandate, which is poised to take effect on May 31 after a months-long suspension due to a court ruling.

The CDC’s media office didn’t reply when asked what would happen to unvaccinated workers who don’t have an exemption, and why no exemptions had been granted.

The data were current as of April 12.

Three other health agencies inside HHS that are deeply involved in promoting COVID-19 vaccination and refused to provide data beyond December 2021 still have not provided the figures requested. They are the Food and Drug Administration, the Centers for Medicare and Medicaid Services, and the National Institutes of Health. 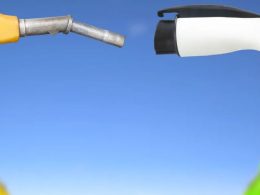 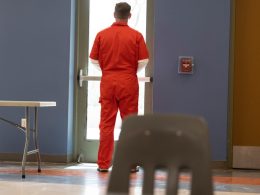 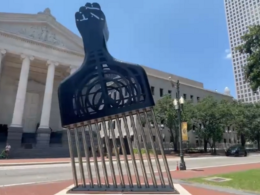 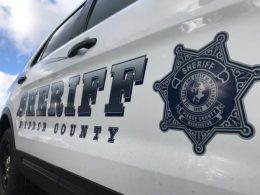 He Sneaked This Photo of a Cop on the Roadside, What He Was Doing Will…

A federal judge has stopped the Biden administration right in its tracks, siding with the American consumer over…
byadmin

The harshest sentence yet has been passed down to one defendant in the Jan. 6 protest. A federal…
byStaff Editor 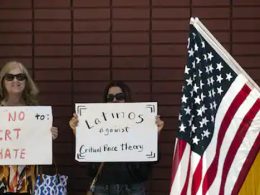 A former gubernatorial candidate and current Democrat mega donor has been arrested on a child pornography charge. Eliot…
byStaff Editor