It comes with no surprise that Bill Maher is a liberal, however his recent comments about woke and cancel culture are eerily accurate.

Typically, the comedian is not one to condone or actively support conservative thought, however it’s worth mentioning that a comment he made last Sunday on “The Ben Shapiro Show” is one to make everyone take notice. Bill Maher explained that perhaps his fellow liberals have transitioned a bit too far to the left in recent years and tagged on the comment that his own political views “haven’t changed.” 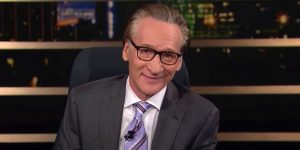 Additionally, Maher spoke with a Daily Wire editor, saying that the term “woke” has recently become more of what he terms an “eye roll” and hadn’t even existed in the recent past. While he is in full support of combating injustice, at the same time he believes this word has been connected with “goofy” liberal political stances.

“I haven’t changed at all. My politics haven’t changed, they’ve changed,” Maher said. “People say to me sometimes, ‘Have you changed?’ No, it’s just that five years ago no one was talking about defunding the police, I never heard that phrase five years ago. That’s not me changing, that’s things changing. I’m reacting to it as I’ve always been.” 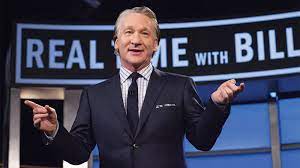 “Letting three-year-olds decide what gender they are, this wasn’t something five years ago,” he continued. “Free speech, you know, used to be a left-wing thing that we were proud and owned, and now that seems to be under attack.”

Bill Maher refers to himself as more of an “old school liberal” and he challenges such things like cancel culture, wokeness, and various other far left political stances that have been in the spotlight. In fact, during an appearance on a former CNN show “Cuomo Primetime” on November 18th, Maher first voiced his concerns, criticizing the influential wave to incorporate things like critical race theories into schools.

“It’s just virtue signaling,” Maher said. “My politics have not changed, I’m an old school liberal. When we talk about race, they changed. Not me. I was the old ‘we should be moving toward a colorblind society, we don’t see race.’ That’s the old way to look at it, I think that’s still the good way to look at it.” 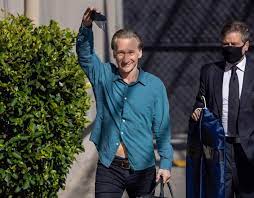 Then again, during a July 31st episode of his show “Real Time with Bill Maher” the comedian described how cancel culture should really belong in “Stalin’s Russia”!

That being said, while there may not be many conservatives that will agree with Bill Maher, he at the very least has enough common sense to recognize when his fellow liberals have gone too far.

According to a three-time Olympic gold medalist, the collegiate swimming world is “overwhelmingly” concerned about fairness in women’s…
byStaff Editor