Twelve Governors have announced that they are opting their states out of the ‘extra’ unemployment benefits rammed through Congress by the Democrat-Socialists of the Biden-Harris new-order. The unemployment rolls which had spiked at 900,000 in January and were gradually creeping down, began declining more aggressively once the GOP Governors flipped the tables.

According to The American Independent, “the Bureau of Labor Statistics said the economy added 266,000 jobs in April — a sharp drop from the 770,000 jobs added the previous month — and the unemployment rate was 6.1%.”

The ‘extra’ benefits according to ABC included,

“an extra $300 in weekly benefits paid for by the federal government, on top of state payments that average about $320. The supplement was included in President Joe Biden’s $1.9 trillion stimulus measure, approved in March, and is set to expire the week of Sept. 6.”

In spite of overwhelming empirical evidence that when people are getting free money just for existing they will tend to not seek employment, Joe Biden continues to insist that the extra benefits didn’t cause the catastrophically bad April jobs report.

He told the press, “Anyone collecting unemployment, who is offered a suitable job must take the job or lose their unemployment benefits,” seemingly oblivious to the fact that the job-search rule was suspended during the COVID19 panic when businesses were forcefully shuttered by the government’s mandates and jobs were few. Most states have since reinstated the reqiurement, but only recently.

“Businesses have cited the extra $300 as a reason they are struggling to hire. An analysis by Bank of America economists found that people who had earned up to $32,000 in their previous jobs can receive as much or more income from jobless aid. Some unemployed people say the extra benefit allows them to take more time to look for work, which can make hiring harder.”

Other factors such as working parents needing to remain home with their remote-learning children have also contributed to the lingering high unemployment level which would be eased by schools following Florida’s example and reinstating in-person learning fully. Only once the majority Republican leaders of our co-sovereign states rebuke the Federal Government’s destructive socialist interference in their economies will we see a true recovery take place from an economic disaster that the very same government inflicted upon us over a year ago, out of fear, panic and a means to take control.

GOP Governors Getting People Back To Work

.@GovGianforte: “Montana is open for business… but our businesses can’t find workers.”

Montana was the first state in the nation to incentivize residents to get back to work and it is proving successful. pic.twitter.com/VrZTyWTBbk

Some states, like Arizona are even including an incentive for their residents to return to the work force. Governor Doug Ducey announced that the Grand Canyon State would stop payin the additional $300 in July, but hang onto the programs that made gig workers and the self-employed eligible for assistance, and provides extra weeks of aid to those who need it (Which is why they aren’t state #13 on the list). This makes at least some sense though given Arizona’s Right to Work legal framwork which has fostered a booming gig economy.

Ducey decided to put that federal funding to a better use for his state though and is using it to entice workers to clock back in:

Arizona is now offering a $2,000 bonus paid to workers who get and keep a full time job for at least 10 weeks. Part-time workers will get $1,000 according to the Associated Press. 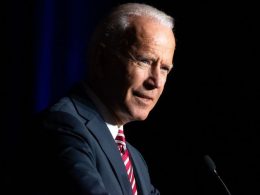 The staggering number of House Democrats choosing not to run for reelection in 2022 is continuing to grow,…
byAnastasia Boushee