The sexualizing of children has disgusting consequences as this case with a seven year old boy proves.

One such consequence of a child that is too young to understand what they are being introduced to is acting out what they have seen or have had done to them.

Children acting sexually before puberty can usually be linked to some kind of sexualization of the child in some way.

A seven year old boy has been charged with rape stemming from an incident in November 2020. The charge is making international news.

The child, who remains unnamed, is a resident of Brasher Falls, New York. He was accused of third-degree rape on March 23 of last year which is a criminal offense. The case is being handled in St Lawrence County Family Court.

It was reported that the incident occurred in a village near the Canada-U.S. border. The rape apparently occurred on the Thanksgiving weekend in November. The boy, who has been released from custody, will most likely face juvenile delinquency charges.

e New York state law allows juvenile offenders to be arrested and punished as young as the age of seven. Although, state legislators are currently working to adopt legislation that would raise the minimum age to 12.

The Brasher Falls case has sparked an international controversy. Attorneys are criticizing the New York State government for charging a seven-year-old child.

“Instinctually, it shouldn’t happen to a 7-year-old. I don’t think you could even realize what you’re doing at 7 years old, so I think it’s absurd to charge a 7-year-old with rape. They’d have to prove he actually physically committed this act, which to me, it almost seems to be an impossibility,” New York City attorney Anthony Martone wrote.

According to a source, it was not clear what relation, if any, the boy had with the victim. The police made it clear to all inquiries that the case would be handled in family court.

The story originally appeared in the news on March 25 of last year last year in the local newspaper, the Watertown Times. the article stated that the charge was related to a sex offense allegation from November 25, 2020.

No more information regarding the incident or the age of the alleged victim has been published.

This One Vote Has Determined His Future…

Elon musk is determined to listen to the people. He has recently tweeted a poll for his future…
byadmin

The Toronto District School Board is the largest school board in Canada, and it is also willfully fostering…
byStaff Editor

The motivations are still unclear in the bizarre story coming out of Oklahoma, as police were led on…
byadmin
No comments 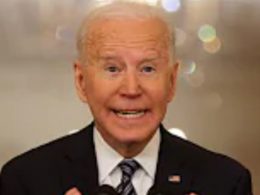 Donald Trump used to take a lot of hearing for tooting his own horn. However, Joe Biden is…
byStaff Editor

The International Standards Organization has agreed to a shady scheme meant to track gun owners. The ISO sets…
byStaff Editor

Only in a communist country can the government pass out surveys that have major consequences. The Chinese government…
byStaff Editor