Muslims Used Knives To Slice Them All Open… [VIDEO]

Muslim traditions and festivals could be described as some of the most gruesome in history.

And that might be a very accurate word to use in the case of this tradition from a Muslim tribe mourning the death of their ‘prophet’ Muhammad’s grandson, Hussein Ali during its annual Ashura festival.

Some video footage has been circulating showing babies, children, and adults covered in blood as Muslims cut their heads open with knives during the Ashura festival just last year.

“Shiite Muslim mourners flagellate themselves during a procession on the tenth day of Muharram which marks the day of Ashura in Ajmer, India, on 09 August 2022.” AFP reported.

You can watch the video below:

The Sun reported more details on this Muslim festival:

DEVOUT Shiite Muslims have covered themselves in blood from self-inflicted wounds as they mark Ashura, one of the holiest days in their calendar.

Every year, hundreds of thousands of people converge on Karbala, some 50 miles south of Baghdad, Iraq, to observe the solemn holy day.

Shiites carried out one of the most spectacular rituals of the holy day, involving thousands of people sprinting from an area outside the centre of Karbala toward the gold-domed shrine of Hussein to enact their rush to answer their beloved saint’s cries for help in battle.

Shiites see Hussein and his descendants as the rightful heirs to the prophet.

Mass rallies continued for a second day in Islamabad and major cities across Pakistan, where participants rhythmically beat their bodies with knife-edged chains.

Men staggered through the streets, blood dripping down their backs.

In the Shiite-dominated Baghdad suburb of Sadr City, processions of men and boys expressed extreme fervour in the Ashura rituals of self-flagellation. 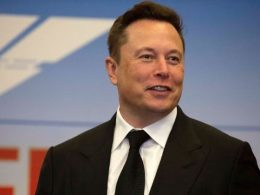 The GOP Shadow Primary Is Moving Full Speed Ahead….

After Falsely Accusing DOZENS of Men of Rape, This Woman Receives KARMA

False allegations happen when a person is wrongfully accused, charged, or convicted of a crime. Although false accusations…
byStaff Editor