A New York Times editor has been fired after running her mouth in a profanity-laced voicemail she left for a gun rights group.

The New York Times has fired Erin Marquis, an editor for its product review division Wirecutter, after she was outed for leaving an unprofessional and deranged message for the Michigan chapter of the National Association for Gun Rights, describing the group as “f*cking ghouls.”

While Marquis did leave the message on her own time as a private citizen, she directly connected her statement to the Times.

“Hi I’m a journalist with The New York Times,” she began the message, which was later published by the group.

Marquis went on to ask the organization’s members how they “sleep at night.”

Her message was apparently in response to a press release sent out by the National Association for Gun Rights following a school shooting in Michigan, in which the organization pushed back against calls for gun control.

“Aren’t you just, like, a little bit worried that there might be a hell. And when you meet God, he will send you there?” Marquis asked.

“Again, I am from The New York Times, and I’m letting everyone in The New York Times know what kind of fucking assholes you are. Congrats on being a laughing stock,” she added, calling the group “f*cking ghouls” and stating that she hoped “there is a God in heaven, so he judges you when you die.”

The former New York Times editor also wrote in a post on Twitter that she was “literally shaking with rage” after she received the press release.

The New York Times suspended Marquis after the voicemail was made public, pending an internal review of her conduct.

Upon receiving a request for a comment, the New York Times told the Daily Caller that Marquis had been fired.

“The employee has been terminated from Wirecutter following our investigation related to inappropriate behavior,” a spokesperson said. “We expect our employees to behave in a way that is consistent with our values and commitment to the highest ethical standards.”

The Times also noted that her statements damaged the paper’s reputation.

“Repeatedly invoking the New York Times’s name in an unprofessional way that imperils the reputation of Wirecutter, The Times, and all of our journalists is a clear violation of our policies and cannot be tolerated,” the spokesperson said. 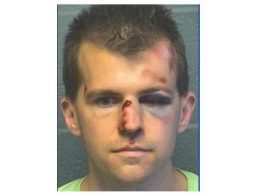 Kari Lake is the winner of the Republican Primary for the Arizona gubernatorial race. A local Television News…
byadmin 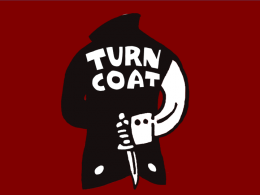 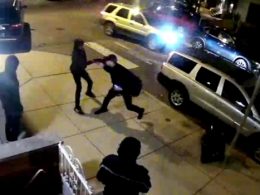