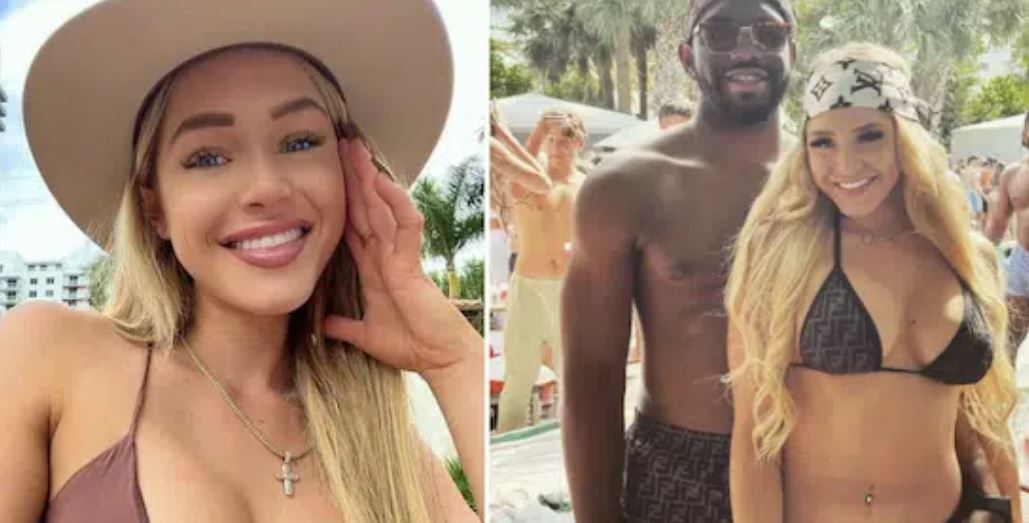 Socialite and model of the adult platform OnlyFans Courtney Clenney aka Courtney Tailor has allegedly stabbed her boyfriend to death in what’s being called an “unprovoked attack”, per relatives of the deceased.

In the video below, Clenney can be seen shivering on the balcony of her Miami apartment during her interview with police, covered in her boyfriend’s blood.

Currently, investigators are attempting to discover whether Clenney acted in self-defense, as her neighbor claims the boyfriend, Christian Obumseli, was abusive.

TMZ reported that the model actually held a Q&A with her fans on the same same Obumseli was found dead.

The outlet stated that the couple were experiencing a dispute on April 3, which then led to Clenney stabbing Obumseli. He was rushed to a nearby hospital, where he later died from his injuries.

NBC Miami reported that the OnlyFans star shared ‘sulty’ snaps of herself on social media shortly after the stabbing.

Investigators shared that the couple had been “involved in a physical altercation” before Clenney stabbed Obumseli in the chest. Clenney’s defense has ensured that she stabbed her boyfriend in self-defense.

While the investigation remains ongoing, Clenney has not been formally charged in the stabbing and murder of her boyfriend.

It had been known by many neighbors that the couple had an extensive history of domestic disputes.

The Daily Mail reported that Clenney made threats to kill herself following her detainment and was therefore forcibly checked into a mental institution.

This being said however, Obumseli’s family has been left infuriated by footage released showing Tailor without “an iota of remorse” in a Miami bar.

“It’s been a week since my brother was senselessly brutally murdered. Courtney’s cruel actions do not have the slightest hint of remorse“.

“We have seen videos of Courtney kissing her dogs while covered in what we believe to be my brother’s blood, and casually having drinks in a hotel bar days later while my brother lies in the morgue.”

A GoFundMe fundraiser established in support of Obumseli’s family has raised over $66,000.

The account creator said Obumseli was killed a week before his 28th birthday:

‘Leaving many unanswered questions and creates a void that can never be fixed or filled.’

‘That someone’s selfish act ripped Christian away from this world. It is not enough to say we are shocked and hurting – We are utterly devastated,’ his loved ones wrote.

‘Christian was extremely compassionate with a desire always to uplift those around him. He did not deserve for his life to be cut short by a heinous act of violence. We will never forget his infectious smile that could light up any room or his caring spirit.’

United Methodists Pastor Emanuel Cleaver prayed at the opening of the 117th Congress. The prayer seemed to be…
byadmin
2 comments