Blake Masters, a Venture Capitalist from Arizona, is currently favored to win the state’s Republican primary becoming the party’s candidate for Senate.

Polls reveal that the president of the Theil Foundation has a very comfortable lead over his fellow Republican part primary candidates.

About 9% of voters said they were undecided in the poll.

“When undecided voters are asked who they lean towards, Masters maintains his lead over Lamon, 42% to 24%,” the poll‘s analysts noted.

A  Trafalgar Group poll also found Masters as the most popular option among voters. Their findings show Masters with a 7% lead over Lamon and a 20% lead over Brnovich. Masters is up from third place indicated in an earlier poll from the group released in May.

Similarly, polling from Rasmussen Reports and the Arizona Rock Products Association found that 31% of voters support Masters, giving him another significant lead over Lamon, Brnovich, and McGuire.

OH, Predictive Insight reports that Masters gained 11% of support in July – ending the month with 36% of voters. The poll found that 53% of supporters of President Donald Trump plan to vote for Masters.

“Masters is in a strong position with a fractured field,” said OHPI’s Chief of Research Mike Noble.

Masters poll numbers have skyrocketed after Trump publicly supported him in June.

“Blake is Strong on Border Security, in particular, the disastrous Southern Border where people are pouring into the U.S. by the millions,” the former president noted. Trump also called Brnovich a “disappointment” who failed to act despite evidence of voter fraud in the 2020 general election.

Masters has faced criticism for comments regarding immigration, gun violence, and indoctrination in schools.

If he wins, Masters will face incumbent Democratic Senator Mark Kelly. Kelly beat his Republican predecessor, Martha McSally, during the 2020 election. McSally was appointed after the death of Senator John McCain.

Kelly, a retired NASA astronaut, is currently favored to win reelection against any Republican challengers.

Masters has a different opinion on Kelly, calling her “the worst Senator in America” while speaking at the Save America Rally on July 22.

“Mark Kelly is completely disconnected from what life is like here on planet Earth,” Master said. “Here on Earth, in America, out-of-control inflation means that your gas, and your groceries, and your rent just keep going up and up and up. Here on Earth, in America, out-of-control illegal immigration just means that violent crime gets worse and worse.”

“We need to seal the border. We need to stop election fraud. We need to stop this crazy inflation. We’re going break up Big Tech,” he added. “Here’s one for you: why don’t we ban Chinese nationals from buying up all of the American farmland?” 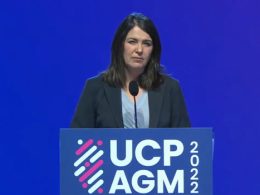 Could this be the beginning of the end of Kim Kardashian’s popularity? The reality TV star who rose…
byadmin 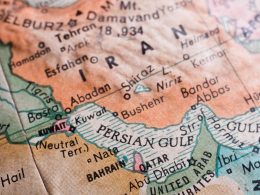 An NYT reporter called the mainstream media’s coverage of the January 6th Capitol riot “overblown,” and criticized his…
byadmin 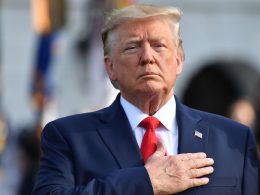 Boston sidewalks are now an area of questionable safety for the average citizen. This is as drug use…
byadmin