The United States Conference of Catholic Bishops (USCCB) was holding its annual fall assembly in a luxury hotel in Baltimore when Antifa showed up. Surprisingly, though Antifa thugs were not protesting the USCCB but instead went after a group of Catholic Bishops holding a rally on a peer outside the Hotel.

Church Militant crew praying the Rosary in the lobby this morning in the same hotel where the bishops are having their annual meeting.

About 26 more hours until the Bishops Enough Is Enough prayer rally & conference. Pray for our team! pic.twitter.com/R5EloaLKYY

Church Militant is a new source with a Catholic World view. As the USCCB me in Baltimore, Church Militant set up a prayer rally called, “Bishops: Enough Is Enough!” Their battle cry was over the Churches continuous protection of child predators in the clergy.

Doug Mainwaring, a journalist for LifeSiteNews, was on the ground and saw much of what happened.

Why Were Antifa Thugs There?

Antifa groups across the nation label themselves as anti-fascist, yet through their actions and vitriol, they support the fascist demands of the far left.

Mainwaring saw evidence of this as many confused Antifa members protested the Church Militant prayer rally. Mainwaring describes his experience:

“As I approached the scene with my iPhone video camera held high, the apparently camera-shy Antifa thugs repeatedly attempted to block my view with umbrellas. One young woman wearing a trans flag as a cape planted herself in front of me with her back turned to make sure I received her pro-transgender message loud and clear.”

“After being informed of my name, one of the thugs looked me in the eye and yelled, “F–k you, Doug.” Then noticing the LifeSiteNews press pass hanging from a lanyard around my neck, the same thug called out LifeSite and declared, “I love abortion. Abortion is awesome!”

The seasoned journalist was a bit taken aback by the presence of Antifa at the prayer rally instead of the USCCB fall assembly happening up the road. Antifa is in support of the sacrifice of innocent children to the god of convenience as over 99% of abortions performed in America are not for medical, rape, or incest-related cases but advocated as a form of birth control. Does this mean that Antifa is also for the rape and sexual abuse of children? Are they planted there to protect pedophiles?

Wandered over to the Church Militant prayer rally/protest outside #USCCB21. Arrived just in time to hear a speaker decry “Judases” among the bishops.

Signs include “Monsters in Miters,” “No Communion for Killers,” and “Let’s Go Brandon.”

Antifa is not an organic movement. Much of their protests, lootings, and destruction is organized and pre-planned before the event. Who put them up to protesting a prayer rally instead of the United States Bishops Conference?

Mainwaring speculates over the cozy relationship the Bishops have with the City of Baltimore. A democratic-run government that has worked hard to serve itself and not its people. But that is for you to decide. 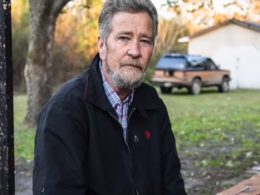