Polis, who is also a tech entrepreneur and former congressman, was able to avoid paying federal income taxes in 2013, 2014, and 2015 by using donations and financial arrangements.

In 2017, his wealth reached approximately $306 million, propelling him to become the third-wealthiest member of the House of Representatives.

Polis’ tax rate between 2010 to 2018 was only 8.2 percent, despite the fact that his income averaged $1.5 million during that time. In comparison, the average American worker’s tax rate is approximately 19 percent.

This explains a lot, especially the fact that Governor Polis refused to provide voters with a look into his finances during the 2018 campaign, despite many people calling for him to do so. During that time, he spent $23 million from his own pocket for his campaign.

While the actions he took to avoid paying taxes appear to all be legal, they do appear to be extremely unethical.

Polis used philanthropic donations to eliminate half of his income tax liability, including donating to his own charity, the Jared Polis Foundation, an organization that spent $2 million sending out mailers to promote the his work on the state’s education board.

Alongside the donations, he avoided taxes by “investing in companies that produce little income even as their valuation increases,” according to Yahoo News.

After being called out by the press for his actions, Polis stated that he paid what the law required him to, and admitted that the tax system favors wealthy people and corporations. The governor also rejected the claim that he was using his charitable foundation to promote his political ambitions, saying that the claim was “a very cynical view.”

Several political leaders within Colorado have called Polis out for his actions, include state GOP Chairwoman Kristi Burton Brown.

“This is a shocking investigation into Jared Polis’ real background. No wonder he has worked so hard to hide these facts from Colorado voters,” Brown said in a statement. 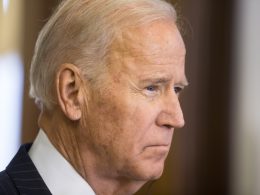