A Florida man has been arrested for leaving the bodies of dead animals at a memorial for the Parkland massacre victims.

It’s said that 29-year-old Robert Mondragon is covered in freakish tattoos and has a disturbing obsession with school shootings.

A school crossing guard first discovered a dead duck on a bench nearby the Marjory Stoneman Douglas Memorial Garden with its chest wide open.

Just one day later the same crossing guard found a dead raccoon in the same location.

Fast forward a week and half and a deputy stumbled upon a dead opossum on the bench as well.

Following the first two incidents, the Sheriff’s Office decided to use surveillance video to find the culprit who was leaving these animals.

On July 30 shortly after 11 p.m. Mondragon pulled up in a white Nissan before exiting to grab something from the passengers side of the car and walk to the memorial.

Mondragon was pulled over by a deputy on July 31, who allegedly discovered bird feathers and blood on the front passenger side floorboard of the vehicle. 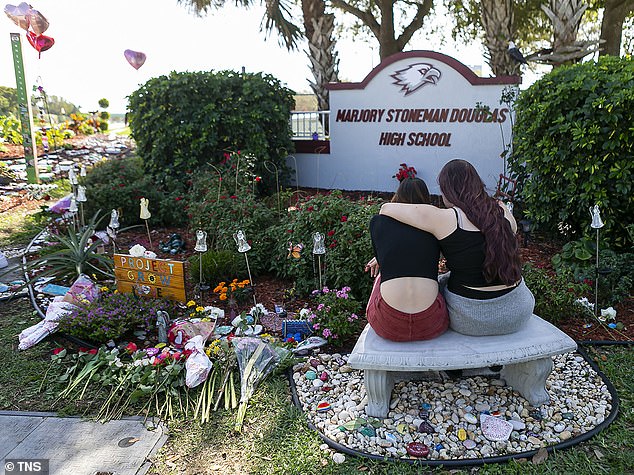 The deputy was told by Mondragon that he likes “the metal and blood smell that emits from the dead animal.”

The Sheriff’s Office later learned that Mondragon intentionally left the dead animals at the memorial and even found pictures of the man holding the animal carcasses.

AWM reported more on this story:

Florida authorities finally arrested Mondragon on August 5, 2022. In addition to the three felony charges against him for defacing a monument, Mondragon is also being held for violating his probation from an earlier conviction of battery and indecent exposure.

During a press conference on Friday, Broward Sheriff Gregory Tony announced that they had done an investigation into Mondragon’s online activity. They discovered that the Cruz sympathizer had conducted numerous internet searches about previous school shootings, which has led Florida authorities to the conclusion that Mondragon might have been planning one of his own.

“He fits every classification that it’s coming,” Sheriff Tony said, according to the South Florida Sun-Sentinel. “We’ve been lucky, and luck is not a strategy.”

He Killed A Criminal In Self Defense, Now He’s In a NYC Jail

When they’re troublesome, progressive district attorneys just choose not to apply their principles as the case of Jose…
byStaff Editor