The order activates the Illinois National Guard and permits the Illinois Emergency Management Agency to work with state and local agencies. This is to provide the migrants with transport, emergency shelter and housing, food, health screenings, medical assessments, treatments, and other services.

“Today, I signed a disaster proclamation allowing the state to speed up the procurement of the immediate resources needed to help Chicago, Cook County, and other jurisdictions provide humanitarian assistance to the asylum seekers who are being sent to our state with no official advance notice by the Governor of Texas,” said Governor JB Pritzker in his Sept. 14 announcement. “Let me be clear: while other states may be treating these vulnerable families as pawns, here in Illinois, we are treating them as people.”

The governor’s office claims that many of the illegal immigrants require “treatment for malnourishment, dehydration, and asthma in children” as well as “foot injury and wound care.”

“They are also in need of mental health assessments and care to begin to recover from the traumas experienced on their journey,” according to the statement from Pritzker’s office.

Texas Governor Greg Abbott has been busing people who had illegally crossed the US-Mexico border to major cities. The locations include Washington DC and New York City, to demonstrate the impact of illegal immigration on small Texas border communities. He added Chicago to the list of destinations.

“President Biden’s inaction at our southern border continues putting the lives of Texans—and Americans—at risk and is overwhelming our communities,” Abbott said, per Fox News. “To continue providing much-needed relief to our small, overrun border towns, Chicago will join fellow sanctuary cities Washington, D.C. and New York City as an additional drop-off location. Mayor Lightfoot loves to tout the responsibility of her city to welcome all regardless of legal status, and I look forward to seeing this responsibility in action as these migrants receive resources from a sanctuary city with the capacity to serve them.”

Approximately 500 migrants have arrived in Chicago since Abbott made his announcement.

The Governor was not the only one to bluster over Abbotts move. Chicago Mayor Lori Lightfoot attacked the Texas governor for sending migrants to her city as “un-American” and “racist” at a press conference on Sept. 4. She said Abbott was “manufacturing a human crisis.”

“He professes to be a Christian,” Lightfoot said. “This is not the Christianity and the teachings of the Bible that I know.”

Reports have emerged that at least 100 migrants that arrived in Chicago have been bussed to nearby suburbs. The suburban towns and neighborhoods had no notice from Lightfoot or other city officials. Mayors from Elk Grove Village and Burr Ridge notified the governor’s office about the development on Sept. 9 and Sept. 10.

“So much for Chicago’s ‘Welcoming City Ordinance.’ These Democrat elites are absolute hypocrites, and now their hypocrisy is on full display for the entire nation,” said Renae Eze, Abbott’s press secretary, in a statement to Fox News Digital on Sept. 14. “Governor Pritzker and Mayor Lightfoot have been complaining about a few hundred migrants being bused into self-declared sanctuary city Chicago, then turn around and dump them in the suburbs for Republican mayors to deal with.”

“Instead of complaining about fulfilling their ‘welcoming city’ promises, these Democrat hypocrites should call on President Biden to do his job and secure the border—something the President continues failing to do,” she added.

Lightfoot claims to applaud “Governor Pritzker and his team for putting a Declaration of a State of Emergency in place, which will bolster efforts to ensure new migrants are received, provided with assistance and importantly, treated with dignity and respect.”

Audience’s Opinions On This Are NOT Changing…

Fishermen Call the U.S. Coast Guard After Drawing in This DANGEROUS Catch 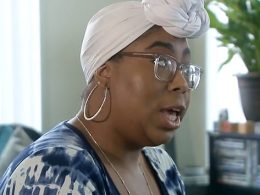 In 2021, the whirlwind election of Governor Glenn Youngkin in Virginia over the anointed Democrat Terry McAuliffe told…
byadmin

Here’s another outrageous example of liberals going too far.  One of the largest manufacturers of health care products,…
byStaff Editor

What’s The Connection Between Trump and The Reaction of Smith’s Oscars Slap?