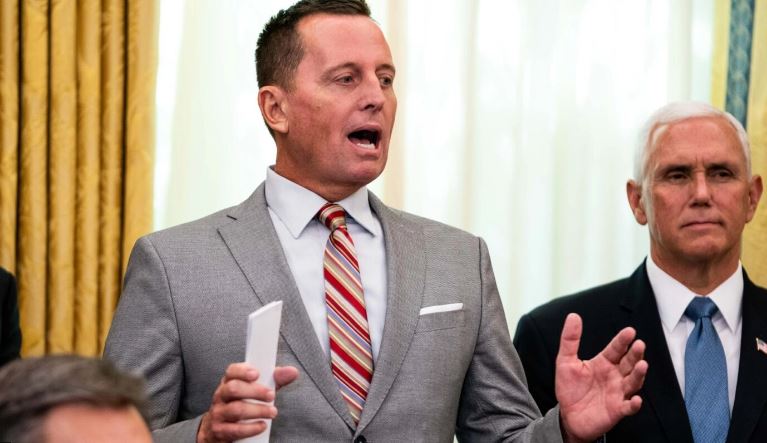 It comes to no surprise that the corrupt agency ‘FBI’ had been incredibly biased with President Trump, however recent revelations from former U.S. Ambassador to Germany and interim director of national intelligence Ric Grenell only serves to solidify that our beliefs are truly validated facts.

Grenell has offered his assurance that there were both FBI agents and officials that had violated U.S. laws in the midst of the bureau’s investigation of supposed ‘collusion’ between his then boss, President Donald Trump, and Russia during the preparation phase of the 2016 election.

During Wednesday’s interview with the “John Solomon Reports” podcast, Grenell expressed confidently that he “for sure” believed that crimes were committed solely based on being witness to the evidence.

Surprisingly enough, FBI had being fully aware of the fact that the so-called evidence of collusion was false and yet continued their investigation regardless. Grenell detailed that the process included misleading both the Foreign Intelligence Surveillance Court and Congress with lies and omissions.

“Political appointees and the leaders of the FBI and DOJ purposefully manipulated the truth. The people in the middle management. I’ve talked to them. I’ve talked to FBI agents, they knew that this was a phony exercise.”

“But they were caught by their bosses, who knew that this was a phony Russian collusion hoax but allowed this information to go to the FISA courts and to the media and to everywhere else, and they saw people manipulating it,” he added.

After three years of investigation, Special Prosecutor John Durham has secured a single conviction, against Kevin Clinesmith on a charge the former FBI lawyer doctored evidence to submit to the courts.

Durham has also indicted former Clinton campaign lawyer Michael Sussmann and former Steele dossier source Igor Danchenko on charges of lying to the FBI probe. Both have pleaded not guilty and are awaiting trial.

Grenell was questioned during the interview:

“Do you have any doubt there are more crimes to be prosecuted by Durham?”

He offered the response:

When asked further during the interview whether he witnessed evidence that the FBI had violated laws during their probe, he stated: “For sure.”

Grenell said the FBI’s misconduct, first revealed by a Justice Department inspector general report in 2019, must be viewed in the context of a much larger, troubling trend of government and media institutions betraying Americans’ trust.

“For the political people at DOJ and FBI, that’s where they need to be held to account,” he said. “We hear a lot about, you know, manipulative politicians and political appointees manipulating the powers of government. But I’ve never seen it more rampant than in Democratic administrations, because the media allows them to get away with it.”

Grenell’s comments closely track those of his successor as DNI, John Ratcliffe, who told Fox News he delivered more than 1,000 documents to Durham and was confident more prosecutions are forthcoming.

“I would expect there to be quite a few more indictments because of that,” Ratcliffe said last month. “There was not a proper predicate to begin that investigation. John Durham has said that publicly already.”

Apparently, the mayor of NYC has decided to spend tax payers’ money to bribe citizens of another state,…
byadmin

Taylor Lee, an FDA Economist gave insights into the Biden-Harris regime’s views on COVID vaccination mandates in a…
byStaff Editor