In the University Hill area of Boulder Colorado police estimate that 500-800 people engaged in a house party that turned into a riot on March 6th. It has been six months since the police broke up the riot which injured three officers and damaged a SWAT vehicle. And only now are arrests beginning. University students described the event as a “revolution” or a “rebellion” against the city and the school’s harsh COVID lockdown restrictions. Ten arrests have been made so far with three warrants outstanding. The Colorado University Boulder Office of Student Conduct and Conflict Resolution has received approximately 200 referrals for possible violations under the university’s student code of conduct and 45 students have been suspended for the academic year.

In a statement to Fox31 Denver, Colorado Univ. Boulder said, “Any student who is found responsible for having engaged in acts of violence toward the law enforcement or other first responders will be removed from CU Boulder and not readmitted.”

According to Boulder Police, the investigation was massive with over a thousand video submissions and tips. It was further delayed by the investigation into the mass shooting at King Soopers on March 22nd which took priority.

Boulder Police are beginning to wind down their investigation into the March 6 riot on University Hill. https://t.co/sozO7HL5mR pic.twitter.com/0emVVZsmxf

“We knew early on that due to the massive amounts of evidence this would be a long investigation and the mass shooting at King Soopers caused further delays,” said Chief Maris Herold. “We made a promise to our community that there would be arrests and even though it has been a long road we kept that promise.”

According to a statement from Boulder Police, “The riot on March 6 started as a party near 10th Street and Pennsylvania Avenue. The gather started small and grew into the hundred as the day went on, which violated COVID-19 restrictions on gatherings.”

“The party then turned destructive and violent when officers attempted to disperse the crowd. Police officers were struck with bricks and rocks and first responders’ vehicles were heavily damaged. Numerous community member vehicles were also damaged, including one that was flipped over by a mob and another that was struck with objects as it attempted to drive south on 10th Street. Many street signs in the area were damaged.”

The Boulder Police Department and District Attorney are still working on the case and more arrests are likely to follow as the evidence continues to be reviewed. In a statement released on Twitter on March 6th, Boulder Police Chief Maris said detectives will “identify and arrest those responsible for this reprehensible and unacceptable behavior”  Fox31 reported. 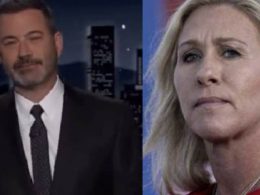 In yet another measure to destroy the concept of Law and Order in America and annihilate Law Enforcement,…
byMatthew Holloway
No comments

United Methodists Pastor Emanuel Cleaver prayed at the opening of the 117th Congress. The prayer seemed to be…
byadmin
2 comments