During a recent interview, Joe Biden indicated that he recognizes Americans unhappiness under his administration. But, rather than taking responsibility and putting the blame on himself, he instead placed blame on Americans being mentally unwell.

Despite the fact that Biden is the one responsible for this historically high inflation and record-high gas prices, he can still easily toss the blame onto literally anything besides himself. This time around it’s the coronavirus pandemic’s fault for everyone’s bad mood, calling for more mental health in the country.

“The need for mental health in America, it has skyrocketed, because people have seen everything upset. Everything they’ve counted on upset. But most of its the consequence of what’s happened, what happened as a consequence of the COVID crisis.”

After a record-long period of 100 days where Biden prohibited any print or broadcast interviews, he recently participated in a 30-minute Oval Office interview with Associated Press reporters.

As for the overall American mindset, Biden said, “People are really, really down,” AP reported.

The Biden Administration is a dumpster fire.

Joe Biden’s poll collapse continues with the latest CIVIQS poll showing the man who we were told got 81 million votes for president just over a year-and-a-half ago now mired in the low thirties in overall approval with just 21 percent of independents approving Biden’s performance in office.

Biden’s disapproval at 56 percent ties his worst approval set earlier this year in January and February.

The poll numbers are far worse than they are admitting.

We’ve seen a lot of Democrat excuses for why people are unhappy with the direction of the country, but never before have I seen a politician suggest voters are just mentally unwellhttps://t.co/dnwBjDIeTE pic.twitter.com/n0MNaaJkyc 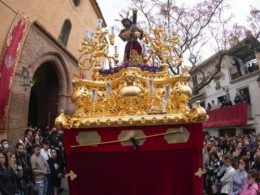 Stephanie Grisham is the latest of a never-ending stream of sad turncoats to attempt backstabbing the Trump family.…
byadmin