The homeless 23-yr-old man doesn’t have the $2.1 million bail but he doesn’t care. He highly doubts the liberal LA prosecutors will keep him behind bars long. Not just for shooting up a Shake Shack. He didn’t even hit anyone.

Wild man with a gun

One transient man is all it takes to point out the absurdity of Democrat social policies. It’s a sign of the defunded police progressive times that in Democrat run Los Angeles even the bums are packing heat.

Anarchists taking the law into their own hands is now a daily occurrence as confirmed by Sebastiano Cummings Cruz, when he flipped his middle finger at the law in Canoga Park.

Nobody paid much attention to the obviously “homeless” man as he wandered into the Shake Shack at lunchtime on Thursday, September 23. They sure paid attention after he left.

Windows at Shake Shack on Topanga Canyon in Canoga Park boarded up after man ID’d by LAPD as 23-yr-old Sebastiano Cummings Cruz shot up restaurant yesterday at lunchtime. Miraculously no one was injured. Cummings, a transient, is behind bars today with $2.1 million bail. @foxla pic.twitter.com/s2pCwo41hP

It wasn’t just because of the stench he left behind, either. Workers graciously provided a glass of water at his request but things took a twist from there.

Police are still trying to figure out from the surveillance video exactly what transpired. It would help if there was audio.

Officials note that there were around 20 customers in the establishment at the time, including a 10-year-old girl, when the man entered.

As if he had a gun

According to the Los Angeles Police Department, some “sort of argument took place” and “the man began extending his middle finger to anyone and everyone.” As employee Eli Levi relates, he “flicked us off, acting like he was going to pull out a gun.”

Everyone was startled to see he wasn’t acting. “but actually pulled out a real gun and just started shooting at all the windows and we just all ducked really fast.” Some headed for the back door.

The police confirm the “man fired eight shots, shattering the windows of the restaurant.”

Like it was just another day in LA, “the suspect strolled away.” Police located him “in a nearby alley.”

Cummings-Cruz is a lot less transient this week. He’s being held on $2.1 million bail, charged with “suspicion of attempted murder” It will never stick, most say. If it doesn’t get plea bargained down to a misdemeanor, he’ll probably get sentenced to counseling.

Police later confirmed he had been sheltering in “a nearby homeless encampment.” Now he has a nice clean cell with three meals a day and clothing. He’s in paradise. 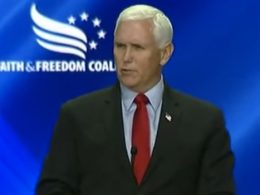 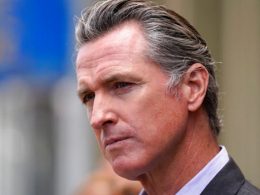