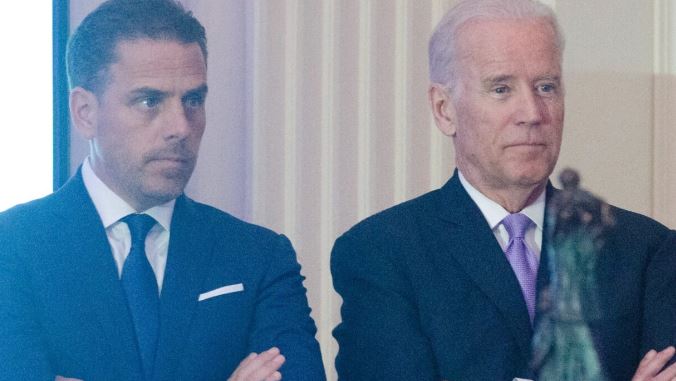 A major bombshell in the ongoing investigation of Hunter Biden’s laptop and Joe Biden’s involvement is about to be unveiled, bringing a lot of details to light.

Back in 2020, New York Post had obtained emails that revealed how Hunter Biden introduced a Ukrainian Energy Official to his father, Joe Biden, during the time of his vice presidency.

“Dear Hunter, thank you for inviting me to DC and giving an opportunity to meet your father and spent some time together. It’s realty an honor and pleasure.”

As a result of increased calls to have Joe Biden added to a conspiracy probe, a new witness was called to testify before a grand jury following hearing evidence in the federal government’s continued investigation into Hunter Biden. This witness was asked to clarify who “the big guy” was in relation to the first son’s planned deal with a now-defunct Chinese energy conglomerate.

The New York Post went on to report that the question arose after the witness, who was not named in the report, was shown a piece of evidence while appearing before the Wilmington, Del.-based grand jury in secret, according to a source familiar with the proceedings.

A bombshell email exclusively reported by The Post in October 2020 showed that one of Hunter Biden’s business partners, James Gilliar, outlined the proposed percentage distribution of equity in a company created for a joint venture with CEFC China Energy Co.

Another former Hunter Biden partner, US Navy veteran Tony Bobulinski, later revealed that “the big guy” was Hunter’s dad, then the Democratic candidate for president, saying, “I have heard Joe Biden say he has never discussed his dealings with Hunter. That is false.”

Multiple recent reports detailed that soon after the fraudulent election that put Joe Biden into office, his son Hunter made an announcement that he was under federal investigation for “tax affairs.”

As the ongoing investigation has continued, the probe has drastically widened to include potential money laundering as well as violations of lobbying laws on behalf of foreign clients.

“In the wake of last week’s report by the Washington Post — which confirmed $4.8 million in payments from CEFC to entities controlled by Hunter Biden and first brother James Biden during 2017 and 2018 — the White House on Sunday attempted to distance the president from his under-scrutiny kin.”

Klain spoke on ABC’s “This Week with George Stephanopoulos:”

“But, again, I want to just be really clear, these are actions by Hunter and his brother. They’re private matters. They don’t involve the president. And they certainly are something that no one at the White House is involved in.”

However, there are some former federal law enforcement and Justice Department officials that rejected those claims, with one of them telling The Post that the amount of evidence gathered thus far is more than enough to build a whole conspiracy case against the Biden family.

“I get that there’s spin, but this is not a complex one.”

“Conspiracy is a standalone crime in our country, and you’ve certainly got enough to present to the grand jury that there’s a conspiracy among Joe, [brother] James and Hunter to bring in money, to not declare that money, to not pay taxes on that money.”

“And to do so from a country like China, it’s not just red flags — there are potential crimes being committed.”

Tolman, currently the “Right on Crime” project of the conservative Texas Public Policy Foundation think tank, added that depending on the nature and scope” of the case, there may even be legal “predicates” for filing racketeering charges.

Jim Trusty, a former chief of the Justice Department’s Organized Crime Section and now a Washington, D.C., attorney, said Klain’s remarks were “a pretty amazing effort to distance Joe Biden from Hunter Biden” and thus put all blame on the scandal-scarred Hunter Biden.

“While we do not know all the evidence yet, there are credible reports of wire transfers in the millions, emails from the ‘laptop from hell’ of Hunter, and guys like Tony Bubulinski who credibly describe a kickback scheme with the now-sitting president of the US as a beneficiary,” Trusty said.

“When you see millions of dollars pouring into the hands of a reckless and unskilled man, you have to at least ask the question of ‘What did these foreign governments receive for these payments?’”

“The question is whether Joe Biden’s vice presidency was for sale and whether Joe was complicit in that sort of scheme,” he added.

A Democrat senator has been hospitalized after suffering a stroke and undergoing “decompressive surgery to ease swelling,” according…
byadmin