Virginia Democrats are no stranger to controversy. Many remember the cover-up that Liberal Virginia School Boards took part in to hide the rape and molestation of young girls by an older student dressed in drag. Or the previous democratic governor’s history of racism. There was also the Former Governor with Democrat backing that pushed for the legal abortion of babies up until birth.

Virginia school board digs in to their fox hole to defend themselves from the outrage of parents over their cover up of a rape & sexual assault. They care nothing for the kids.

‘The truth is out’: inside a Loudoun County school board meeting https://t.co/Gt59VQ74qT

Virginia’s Democratic party, however, just keeps trying to out due itself. Their focus in the State Legislature is an assisted suicide bill, ignoring or outright opposing legislation that would allow babies who survive abortion the right to medical care outside the womb. That’s right they would rather legalize murder than offer life-saving measures to living, breathing babies.

The Democrats Aren’t Helping Themselves in Virginia

The Republican-controlled Virginia House has passed HB 304. The law passed is called the Born Alive Infant Protection Act. It was sponsored by Del. Nick Freitas, R-Culpeper, and backed by his party wholeheartedly as it passed 52-48 along party lines. This bill requires an abortionist to provide life-saving treatment for a child born alive after a failed abortion.

In 2019, former Virginia Governor Ralph Northam made infanticidal comments on a radio station that were seared into the collective conscience of pro-life Americans.https://t.co/7IARE5wks4

“That comment by then-governor Northam shocked the world by revealing that Northam was among the most radically pro-abortion advocates who would allow a living, breathing baby to be denied proper care, treated as medical waste, and left to die,” LaRock said. “I am hopeful there will be enough Democrats who see infanticide as going too far. If that happens, the law will go to [Republican] Gov. [Glenn] Youngkin and I am confident that, given the opportunity, he will sign it.”

This Week at the Virginia General Assembly–Week 6, Crossover Day Edition. Click below for a review of what happened in Richmond this incredibly busy week, including House passage of two major pro-life bills! @arlingtonchurch @RichmondDiocese https://t.co/e0mN9y2guP pic.twitter.com/4GpFbbKYoc

His expectations may prove too high for his Democratic counterparts as their focus in the Senate has been to legalize assisted suicide in the state.

Only time will tell if Democrats have opened their eyes after witnessing the small, but clear, red wave that happened in Virginia this past election cycle. Will they come back from the edge of evil or will they power forward with nothing but death and destruction in their wake? 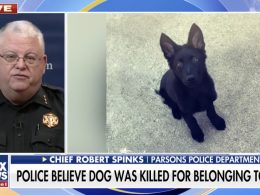 While the nation becomes momentarily distracted by the farcical, partisan witch hunt known as the ‘January 6th Committee’…
byadmin 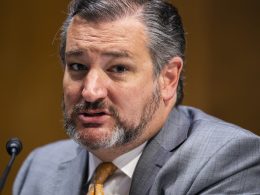 Senator Ted Cruz tore into Attorney General Merrick Garland over the politicization of the Department of Justice, as…
byadmin 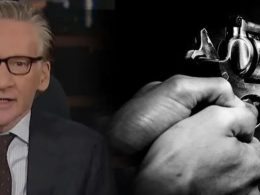