Big Tech censorship is a real and ever-present threat to free speech. It is a small but heartwarming victory when even the Over Lords must step in to correct a glaringly obvious censorship fail by their “fact-checkers.” A Big Tech abortion fail is a win for all of us.

The Huffington Post has its panties in a twist after discovering that Mark Zuckerburg had to get personally involved in a censorship battle. After Republican politicians, Ted Cruz and Josh Hawley called out the site for taking down a pro-life video that questioned the idea that there are l reasons for performing an abortion.

Reversing Trump, Biden administration will start attacking other countries for not allowing abortion on demand. https://t.co/JlFRisbHio

While the Huffington Post will greatly exaggerate the need for medically needed abortions due to the threat to the life of the mother, they will rarely debate the other side in an open and civil way.

The Truth About Abortion

The truth is that if we combined the number of abortions performed due to medical health, rape, or incest they would account for about 1% of all abortions.

The simple truth is that abortion has been taught to generations of women to be another form of birth control. We, as women, are told that it is safe with no ill or lasting effects. We are even called to feel empowered by the mutilation, torture, and death we allow our children to go through so that we may have our freedom.

All are lies. Abortion is the murder of an innocent child and hearts should break over such a decision.

.@nickvujicic joined us at Unite for Life and shares why he rejected prenatal screening for Down syndrome, which is often misused to target babies for abortion. pic.twitter.com/GX4agfGZdS

This does not mean we should demonize the women who have gone through such a procedure but instead empower the next generation to know the truth: that life is precious and is deserving of protection.

As science improves the quality of medical care and equipment more eyes are being opened to the truth of life at conception and that a Fetus is not merely a clump of cells, but a human being. 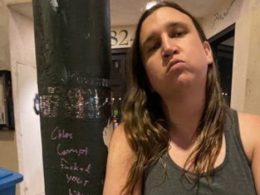