The Biden’s regime’s rushed plan of a $40 billion aid package to Ukraine was supported and pushed by many Republicans and Democrats…however, Senator Rand Paul is here to make sure that doesn’t become a reality.

It has been reported that Ukraine is one of the highest ranking corrupt countries among the European continent for many years now. It is because of this that when money is sent to them, we need to know exactly what and how that money is being put to use.

Thankfully, Republican Senator Rand Paul (KY Senator Rand Paul) was there to help block the passage of this $39.8 billion House-passed Ukraine aid package. This was after Majority leader Chuck Schumer (D-NY) had presented a unanimous consent on behalf of Minority Leader Mitch McConnell and himself.

Paul was quick to argue that the massive amount of this aid package will almost equal Russia’s entire military budget and the U.S. has to borrow the money from China in order to send it to Ukraine.

Rather than following through on this package, Paul asserted that there are many other domestic priorities to tackle currently, especially with inflation reaching a 40-year high as well as gasoline prices hitting a 48% high since the year before.

“My oath of office is to the national security of the United States of America. We cannot save Ukraine by dooming the U.S. Economy,” Paul concluded.

So when an aid package containing $40bn passes through the House with little opposition, and has bipartisan support in the Senate, only to be stopped by one brave Senator requesting oversight on how that money is to be spent by Ukraine, you know that for the Democrats and the RINOS it’s not about helping Ukraine at all. It’s about warmongering and virtue signaling.

Senator Rand Paul (KY) stopped the passing of a bloated, $40 billion aid package to Ukraine on Thursday by, essentially, asking how it is going to be spent. The Kentucky Senator stymied both Senate majority leader Chuck Schumer and minority leader Mitch McConnell both by refusing to pass the bill without an amendment to it which requires an inspector general to oversee the spending in Ukraine. Until this amendment is added, Paul will not pass the bill.

The following objection was made by Sen. Paul in the Senate chamber as he explained his reasoning for refusing to allow this bill to pass.

“This is the second spending bill for Ukraine in two months. And this bill is three times larger than the first.”

“My oath of office is to the U.S. Constitution, not to any foreign nation.”

Sadly enough, of course, only REAL conservatives and patriots are praising Sen. Paul’s words and actions in the Senate.

If we had 100 Senators like Dr. Rand Paul there would be no wars, shutdowns, or debt.

God bless Rand Paul. This, not the neocon patrioteering of Dan Crenshaw and Adam Kinzinger, is what courage looks like right now. https://t.co/9AVz2cIQoH

The fact that Rand Paul can stop the $40 billion to Ukraine, just by asking what it will be used for, is proof we probably shouldn’t be sending it.

SEN. RAND PAUL: “We cannot save Ukraine by dooming the US economy.” 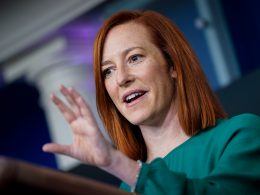