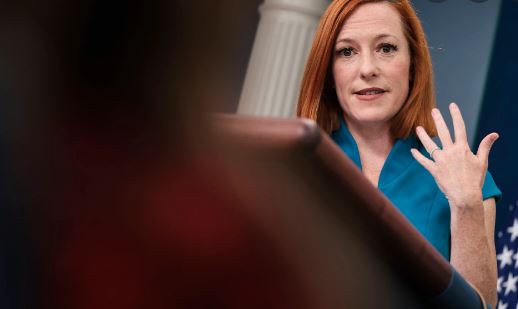 During the live episode of “Pod Save America”, Psaki was prompted to answer the question of whether she identified Doocy as a “stupid son of a bitch” or if he actively chose to play one on TV.

Psaki made claims that those kinds of questions do make Doocy come off as a “stupid son of a bitch” when referencing Joe Biden’s hot headed remark from an exchange with Fox News published earlier this year. Psaki did not have any evidence to offer related to the origin of Doocy’s questions.

“He works for a network that provides people with questions that, nothing personal to any individual, including Peter Doocy, but might make anyone sound like a stupid son of a bitch.”

Following the airing of this episode, Politico reported Eugene Daniels described the exchange via Twitter.

(WARNING: The following tweets contain vulgar language that some viewers may find offensive.)

Jen Psaki is asked if “Peter Doocy is a stupid son of a bitch or does he just play one on tv:”

“He works for a network that provides people with questions that, nothing personal to any individual including Peter Doocy, but might make anyone sound like a stupid son of a bitch.” pic.twitter.com/2FYMPX12Rr

Many individuals have criticized Psaki. Red State’s Stephen Miller mentioned that she “has signed an MSNBC hosting deal while still at her job and is out doing a media tour and zero journalists have a problem with this.”

The White House Press Secretary has signed an MSNBC hosting deal while still at her job and is out doing a media tour and zero journalists have a problem with this. https://t.co/JpUR0uA0ge

That point was only further cemented by Breitbart’s Charlie Sperling, who shared that “Jen Psaki, who has lined up an MSNBC gig, lashes out at rival network while getting paid by taxpayers.”

Jen Psaki, who has lined up a MSNBC gig, lashes out at rival network, while getting paid by taxpayers https://t.co/jvSTDjvqXt

Meghan McCain continued the spree, making the comment that Fox News is “the only cable network Jen Psaki hasn’t negotiated a fat check with to go work for. How is language like this toward @pdoocy ‘respecting everyone’ and ‘healing the soul of America.'”

It’s known that Psaki will be joining MSNBC, however did not discuss the topic during the podcast nor refused to confirm when she would be departing.

It appears that Psaki has crossed a line in the face of the open secret of her future plans of employment according to Colby Hall’s piece for Mediaite.

“The bottom line is that Jen Psaki is a government employee who is openly criticizing a media outlet that is the competitor of her future employer,” Hall wrote.

“If Psaki has a ‘handshake deal’ to join NBC after she officially leaves the briefing room podium, then she should reasonably be far more circumspect in not just her future briefings, but in any public appearance in which she is asked about competitors of her future employer.”

Daily Mail published a video where Psaki provided a more nuanced assessment of Doocy as a person in relation to Biden’s name-calling episode.

“So he went on TV that night and I actually watched Sean Hannity to see what he said. My mind was like really bending and hurting,” Psaki said.

“But Sean Hannity asked him about, you know, what the president had said and what he said back. And he could have been like, ‘He’s a son of a b****’ or ‘I’m standing up for …’ whatever, he would have said anything,” she said.

“And instead he said, ‘You know, he called me, we had a really nice conversation, I’m just asking my questions, he’s doing his job,’” Psaki said.

In the United States of America of 2021 cities are beginning to earnestly experiment with Socialism, and that’s…
byMatthew Holloway
No comments 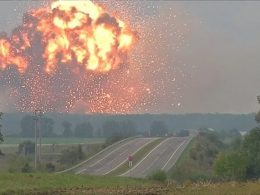