Vernon Jones isn’t about to let the liberal media chop off his toes to keep him down on the farm. This uppity Negro and defector from the Democrat party wouldn’t let a CNN producer get away with “controlling Negroes” on his watch.

All over the interweb, people are calling it an “epic smack-down” and CNN is the victim. Vernon Jones is Black and he’s angry. Furious that the election was stolen last year. He wants to be the next governor of Georgia and he’s registered as a Republican. That’s something new for him because he was a Democrat until January.

CNN field producer Devon Sayers made the mistake of standing next to Jones at a press conference featuring Rudy Giuliani earlier this month. Sayers thought he was carefully disguised holding a “Fox 5” microphone but the candidate blew his cover and his mind.

CNN, he declared is all “about controlling Negroes.” That’s what CNN is all about. “They don’t want people of color to have conservative thoughts.”

Jones was there to back the former New York City mayor and Trump attorney in his ongoing fight against election fraud. The next Georgia governor latched on to the liberal media man and wouldn’t let go. Turning the tables, Vernon grilled Sayers relentlessly.

REAL journalism is dead in America.

If the liberal media thinks they can bully me, intimidate me, or silence me, they have another thing coming. I'm not a resident on their plantation. pic.twitter.com/quij54llWU

“I want you to ask the Attorney General Garland, I want you to ask him why is it that he wants to come to Georgia and investigate Georgia’s so-called ‘Jim Crow’ laws but he won’t investigate or even ask for a forensic audit in the 159 counties in Georgia,” Jones demanded.

The state’s Senate Bill 202, called the election integrity law, is “racist” because “it seeks to prevent voter fraud.”

Mail-in ballots are a hot-button issue these days, especially ones nobody asked for in the first place. Vernon Jones is a big supporter of “banning election officials from mass-mailing unsolicited batches of absentee ballots to random people.”

Restrictions on drop boxes makes a lot of sense but not to Democrats. If the drop boxes must be used, why not at least secure them inside an “early voting location” instead of scattering them at random around the city?

Jones is still raging about the way AG Garland refuses to investigate how state laws were mangled and manipulated at the last minute just before the hotly contested election, “in ways that made election fraud easier to commit.” After the event, the candidate sent out a scathing tweet.

“If the liberal media thinks they can bully me, intimidate me, or silence me, they have another thin[k] coming. I’m not a resident on their plantation. He’s here to keep me [from] running and keep me from being the governor of the state. Why? Because liberals, they do not want blacks thinking for themselves. They’re here for Stacey Abrams.” 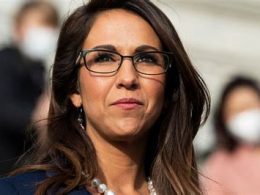