A Brooklyn pastor’s bad day went viral earlier this week when he was robbed halfway through the service, but now in a shocking plot twist information has emerged about the pastor himself.

Pastor Lamor Miller-Whitehead was robbed of $1 million worth of jewelry while giving a virtual sermon. The robbery made headlines across the nation.

Now information has come to light that Pastor Miller-Whitehead is accused of stealing from a member of his church. The New York Daily reports that Pauline Anderson claims the pastor tricked her out of $90,000 and is now suing him.

According to the New York City police, Miller-Whitehead, and his wife, were robbed on July 24 during a live church service. The police believe that several of the churchgoers there that day may also have had their possessions stolen.

Confusion over why Miller-Whitehead became a target of the robber has been cleared as the Pastors lifestyle has been showcased in videos posted online. Although he denies that his vanity and love of material wealth made him an easy target. According to witnesses the high-rolling bearer of God’s word is frequently seen driving around Brooklyn in posh cars, wearing expensive clothing, and flashing ridiculous amounts of diamond jewelry.

As more information about the Rolls-Royce driving man-of-God comes out, however, concerns are rising about the preacher’s rise to riches. Recently new allegations that the blinged-out Pastor scammed an elderly parishioner out of $90,000 has surfaced.

A 56-year-old woman has accused the gaudy Sermonizer of convincing her to liquidate her life savings. This was to extend him a $90,000 “investment” so that the pastor could renovate a home for her.

In January 2020, Pauline Anderson started going to Miller-Whitehead’s Leaders of Tomorrow International Ministry in Canarsie, Brooklyn. Her son asked the pastor to pray with her while she recovered from a major operation, which is how she first met the man. Anderson needed help to purchase a home with a low credit score, her son told her to contact the pastor for assistance. According to the lawsuit, Miller-Whitehead then persuaded her to send him $90,000 of her life savings to invest in Lamor Whitehead Inc. in November 2020.

Reports say that Miller-Whitehead pledged to buy and refurbish a new house for Anderson’s investment. In the meantime, he assured the woman that he would give her a $100 stipend to help her get by. Anderson claimed that the stipend stopped after only one month. Whenever she would approach Miller-Whitehead for the promised money, he would respond that he was too busy with his now-defunct campaign for Brooklyn borough president. The lawsuit claims that the Pastor  would text her  with messages that he was “a man of integrity and you will not lose.”

“Mr. Whitehead fraudulently induced Ms. Anderson to liquidate her entire life savings to pay him the ‘investment’ of $90,000.00, promising to use the funds to purchase and renovate a house for her,” the lawsuit read. “Ms. Anderson was instead left with nothing but a vague promise by Mr. Whitehead to pay the funds back in the future followed by an assertion that he had no further obligation to do so.”

To cover his bases Miller-Whitehead allegedly texted her in May 2021 to clarify that the $90,000 she had given him was a donation, not an investment, which she was led to believe it was.

“And for the record, anything that was given to me is a Donation unless it’s attached to a contract!” he allegedly texted her.

The lawsuit charges Miller-Whitehead with spending $4.4 million on a Saddle River, New Jersey, house.  Allegedly, He purchased this home while telling Anderson he couldn’t give her the monthly allowance promised. Nor did he purchase the home she was told she would have for giving the money. Anderson learned about the purchase of the multi-million dollar home when Miller-Whitehead unintentionally sent her son a document listing his company as the purchaser of the house.

Miller-Whitehead claims that Anderson’s story is false according to the Daily News. “Her son was a member of my ministry who was removed because he was unintegral. It’s a lawsuit because of who I am,” he said. “Everybody that tried to sue me because of my celebrity status is just gonna keep going in trying to do what they do.”

Illinois State-Senator Heather Steans, representing the North Side of Chicago has resigned after a 12 year career of…
byadmin
One comment 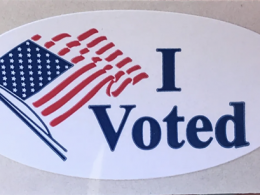 Biden Admin Attempting to Silence Judge From Releasing This Report

The Biden Administration is curtailing the public from knowing what happened in the 2020 election. In this instance,…
byStaff Editor