Madison Cawthorn is known to make headlines in recent months. Most notably as the youngest member of congress. Yet, recently the headlines have not read about the latest actions taken in defense of his country; Instead, the rising star of congress has had more personal news splashed about the news.

Rep. Madison Cawthorn and his wife, Cristina Cawthorn, are headed for divorce court. The pair have only been married for eight months.

Heartache for the Youngest Member of Congress

The pair got engaged when Cawthorn was running for congress in North Carolina. He became the youngest member when elected in November 2020. The love birds were wed in April 2021 in an outdoor ceremony in the state they would represent in DC.

Less than a week after announcing he would be getting a divorce from his wife, Rep. Madison Cawthorn slams 'conspiracy theorists' suggesting there's some sort of Russian connection

However, political life is not easy especially when one is swimming against the current of the political elites. Few would find their reception to DC as welcoming, even fewer have the strength to survive such hostility.

Rep. Cawthorn, 26, called his marriage to Cristina, an Instagram fitness influencer, “the greatest honor, privilege, and adventure of my life.” Now he claims the pair will split because of “irreconcilable differences” and the challenges of political life.

“When my wife Cristina and I were engaged, I was not a member of Congress. I felt called to serve and we both agreed that I should run. Our victory was unprecedented, but overnight our lives changed. That change has been both hectic and difficult, it’s neither the pace nor the lifestyle we planned for,” read his statement on twitter.

“From the outset, we committed to make things work, to fight for our marriage, and seek counsel for balancing the enormity of such a transition in life,” Cawthorn continued. “Together, we realized that balance was not attainable, and that we had irreconcilable differences between us. While it was an enormously difficult decision, Cristina and I have mutually decided to divorce. We ask for privacy as we work through this privately.” 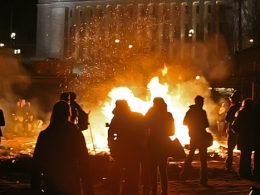 The economy isn’t “strong” or in “recovery” as the increasingly deluded or dishonest Biden-Harris regime contends. Rather, the…
byMatthew Holloway 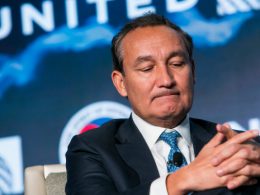