Conservative Michigan lawmaker Steve Carra is demanding “a forensic audit of the November 2020 presidential and U.S. Senate election” in his state. Progressives there are going spastic. Over 7,500 affidavits were delivered by fed up residents.

In the immediate aftermath of the 2020 November election debacle, hundreds of Michigan’s Republican and Independent poll challengers swore out over 7,500 affidavits testifying under oath that they personally witnessed voter fraud or voter irregularities. Last week, the whole pile of them were delivered by fed up Michigan residents demanding a full forensic audit of the so called election.

All the affiants worked in polling places, the TCF Center in Detroit where ballots were counted, or city offices. There was even a Dominion contract employee who filled one out. They described in detail, among other shocking allegations, the “early morning dumps of thousands of ballots” which “were made in the back hallways of the counting facility on the day after the November 2020 election.”

On June 22, a few days after the affidavits were dropped on officials, conservative State Representative Steve Carra from Three Rivers infuriated liberals by introducing House Bill 5091. His bold idea is to spend around $2.5 million on “a forensic audit of the November 2020 presidential and U.S. Senate election” in Michigan.

He had been on hand when the affidavits were shoved down the throats of Governor Gretchen “please don’t kidnap me” Whitmer, Secretary of state Jocelyn Benson, and Attorney General Dana Nessel. All of them are flaming liberals.

Michigan progressives are going spastic because Carra and his supporters plan to model their effort on the forensic audit being conducted by Arizona. Conservative lawmakers from coast-to-coast are praising the Arizona probe and Carra plans to copy the best parts of it.

For instance, his measure would “require a bipartisan board to hire an outside group” to perform the work and that board “would include one poll challenger from each political party from the November election.” They plan to cover “10% of the precincts in Michigan’s 83 counties,” and check “a random sampling of 20% of the precincts in Detroit, where election results are frequently called into question.”

Liberal Democrat Steve Johnson, who happens to be the House Oversight Chair is totally ignoring the wishes of his conservative constituents to address the issue of election fraud.

He firmly denounces the Arizona audit project as “a joke, a wasted effort, a disaster.” Like all Democrats, he’s still triggered by Once and Future President Donald Trump. “The election is over. Trump is not coming back into office, Johnson declares and stamps his foot.

Carra tells Johnson to grab a can of Play Doh and hide in his safe space until it’s over. “I think there’s a system created that is very ripe for fraud, and by doing this audit, I think we can expose some of it.” Other aspect of the plan which really have Democrats terrified are the parts about “several pieces of evidence related to the electronic voting machines.”

Specifically, the forensic team will be asked to provide things like details of the software installed on each machine along with the name of who installed and/or certified that software. They also want to know the “name of the individual who examined the hardware configuration on each electronic voting system.” It would be interesting to know if “any network communication devices were embedded in the hardware” or if “an electronic voting system was connected to any network from the date of the final test of equipment accuracy before the election until the date, the election certification was issued.”

If Carra’s proposal makes it through the legislature, as part of the audit, they will be taking a much closer look at things like “unrequested absentee ballot applications,” especially the ones distributed to “non-residents of Michigan.”

Another thing the voters are demanding answers to is all the really old and really young voters this time around. “Carra also asks for an investigation into the 2,000 youngest and 2,000 oldest voters in the November 2020 election.” He’s demanding to know “how many voters over the age of 80 who never voted before voted for the first time in the 2020 election?” 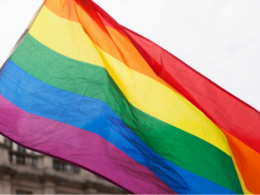 Luxembourg Cardinal Jean-Claude Hollerich is president of the pan-European grouping of Catholic bishops’ conferences, known as COMECE. He…
byKasey Dean

The LGBTQ+ activists have made no secret of their desire to come after the children. Under the guise…
byKasey Dean

The Ben & Jerry’s Foundation steered more than $100,000 to a charitable organization managed by its president, in…
byadmin