As more long-time Democrat Members of Congress abandon ship, it is becoming clear to Speaker Nancy Pelosi and other Dem-Socialist leaders that their likelihood of keeping the majority in 2022 is disappearing fast, perhaps this could explain Pelosi and Majority Leader Chuck Schumer’s obvious desperation to accomplish the Biden-Harris regime’s deficit-busting $3.5 Trillion budget through reconciliation. It has been reported that Reps. Mike Doyle (D-PA) and David Price (D-NC) will not seek reelection and are calling it quits.

“Their departures mean at least seven House Democrats will not seek reelection in 2022, compared with at least three Republicans, according to an NBC News tally.”

The 68-year-old Doyle and 81-year-old Price have added their names to a list that is devastating the Democrat power structure in the House. Doyle is known to be a close ally of Speaker Pelosi and Price is a member of the powerful House Appropriations Committee. They join Congressman John Yarmuth (D-KY), chair of the House Budget Committee, and Rep. Cheri Bustos (D-IL) former chair of the Democratic Congressional Campaign Committee. Each of these Congress members leaves a weakened district that the GOP will absolutely take advantage of alongside Congressional Redistricting which will definitely favor Republicans.

“Smart Democrats are fleeing Congress as fast as humanly possible because they know Democrats’ majority is coming to an end,” Mike Berg, National Republican Congressional Committee spokesperson, said in a statement.

When you see this many retirements from Congress going into a mid-term election, it not only signals a less-than-optimistic attitude about the party’s ability to maintain a working majority, a razor-thin 220-212 as it sits today, it also means the districts now lacking incumbents will be much harder to maintain.  A secure seat becomes a toss-up, and most of all, that particular election’s costs spiral as a primary is now necessary and Republicans sensing the opportunity are likely to pounce and pour money into a local race that they otherwise might have ignored.

As you might expect, while the retirement announcements start to pile up, and the still-seated Democrats become increasingly desperate to land some sort of a legislative win that seems less and less likely thanks to the likes of Senators Joe Manchin and Kyrsten Sinema, the mainstream media is growing downright despondent.

“The decision by the veteran members of Congress who hail from battleground states to call it quits doesn’t bode well for Democrats as they seek to retain control of the House in 2022. Republicans were already facing a favorable political environment as lawmakers gear up for the critical campaign season. A wave of Democratic retirements could make a tough midterm for the party even worse.”

The situation must be worse than we think if the Huffington Post has been forced to admit it.

Retiring or seeking other office 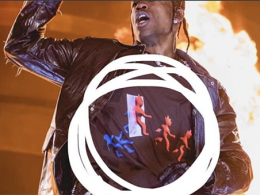 Senator Ted Cruz tore into Attorney General Merrick Garland over the politicization of the Department of Justice, as…
byAnastasia Boushee