When a woman from New Orleans decided to send back a meal she did not like at a restaurant, she received a receipt that had something so vulgar on it she chose to seek legal action and convince other diners to never eat there again.

WDSU reported that Liryca Neville Branch was getting a meal out with her three coworkers at a restaurant called Huck Finn’s Cafe on Decatur Street when she was dissatisfied with the food she received and decided to send it back. And while she was not charged for the meal, her waiter, Dakota Crochet, wrote something down on her receipt that left her outraged.

The receipt did indicate discounted food, however the waiter wrote on the receipt calling the customer a “N***er.”

Branch immediately asked to speak to a manager, to which she was told that the receipt was part of a joke that employees play on black employees that work “in the back” of the restaurant.

However, no one was buying that excuse, as an image of the receipt posted to Facebook by Branch quickly gained traction online and many berated the restaurant for the waiter’s openly racist behavior.

“This is unacceptable. I couldn’t sleep last night,” Branch told the New York Daily News. “You would think that we wouldn’t have to deal with this stuff right now. It just shows that racism is alive and well.”

The restaurant quickly fired the server and the manager issued a statement saying “We don’t condone that at all. He’s gone and that’s it,” referring to the employee responsible for the racist comment. The restaurant also pushed out a statement indicating that the employee had been terminated and that they should not be a reflection of the establishment.

“Huck Finn’s Cafe is shocked and appalled at the actions of one of its employees, who was terminated immediately after management found out they violated company policy,” the statement on the restaurant’s website read. “Huck Finn’s Cafe is committed to treating everyone, employees and customers alike, with dignity and respect. The unfortunate actions of this one employee do not mirror the mission of Huck Finn’s Cafe’s firm non-discrimination policy, and we are extremely apologetic for any inconvenience this may have caused. We have been serving customers from around the world for more than 6 years, and our employees work their hardest to go above and beyond to ensure visitors have a pleasant and respectful experience at Huck Finn’s Cafe.”

Even with the employee being fired, many were still not pleased and thought the establishment should still be held responsible. “It’s actually very insulting. I’m not black but still, that’s an insulting word,” said customer Cooper Anderson. “We don’t use that word anymore. It’s a racist word, racist term, one of the worst you could ever say and putting it on paper at a public restaurant in New Orleans, that’s one of the worst things you can do.”

“I’ve never had anything like this happen before to me,” Liryca Neville Branch said. “Trust me — this is not over. I refuse to let this die out,” she added, saying she is considering legal action and demanding a personal apology from both the terminated waiter and the restaurant’s management.

On what she thought would be a fun family outing, 43-year-old Madelyn Sheaffer instead experienced unfairness, humiliation, and…
byStaff Editor

While there are many things that have stood out about McDonald’s food, one of the most notable has…
byStaff Editor 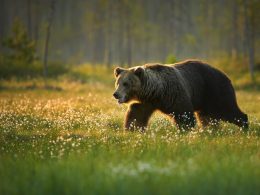 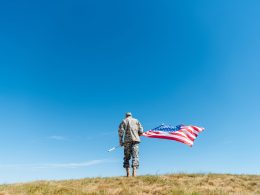 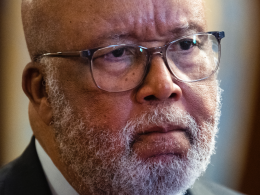