No one can deny the scandalous and disturbing history of sexual abuse within the Catholic Church. Many victims are too fearful to speak out until much later in life. A fight against power is never easy. But now the power of the establishment has been caught red handed in the covering up of these heinous crimes.

"Pope Benedict XVI has admitted he did not tell the truth to a German investigation into clerical sex abuse in the Munich archdiocese." https://t.co/IjE7NcxYoQ

The law firm Westpfahl Spilker Wastl in Munich Germany is proving how hard it truly is to get the Vatican to admit its mistakes. In 2010 the abuse of minors in the German church flared to public attention due to a single case.

The case that first caught the eye of the public was that of a known pedophile priest who, in 1980, was caught in another district. He was then taken in by the Munich church to undergo therapy. In Germany, the offending priest was allowed to do his normal clerical work without supervision.

Cardinal Mueller, defended his mentor by arguing that in the 1970s and 1980s, neither the church nor society at large understood child sex abuse properly.

..and today they do?

The man in control at the time was Cardinal Ratzinger, who we know today as Pope Benedict XVI.

The Munich archdiocese commissioned a report from the law firm, Westpfahl Spilker Wastl, their mandate was to look into abuse between 1945 and 2019. Their goal was to find out whether church officials handled allegations correctly.

According to the report the retired Pope had a hand in the mishandling of at least three more cases while he was in charge in Munich. The commissioned report also concluded that the leadership that came after Ratzinger also protected pedophilic priests.

This is unsurprising when a collaborative report came out in 2018. Its finding concluded that more than 3,677 people were abused by clergy in Germany between 1946 and 2014. More than half of those abused were younger than 13, and nearly a third served as altar boys.

Pope Francis claims to support reformation in the church and its handling of sexual abuse cases against priests. But one would need to see it to believe it as the Pope himself has a very dark history in covering pedophilic behavior in the church in South America. 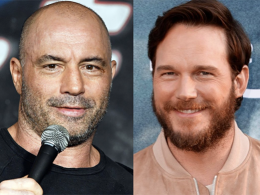 MSNBC In HUGE Trouble, They May Be Going Dark Very Soon!

It seems that all these leftist media outlets are on their way out, as there is more definitely…
byadmin