Senate Majority Leader Chuck Schumer seems to have bigger problems than failing to bring home an impeachment win in 2021. What’s he scared of now? It seems that his pet PAC, that is the Senate Majority PAC has a dirty little affiliate called Majority Forward. And Majority Forward? Oh, they’re under investigation by the IRS…. for something the lefties LOVE to accuse Republicans of daily: VOTER SUPPRESSION. Just take a second to drink that hypocrisy in… it has a certain saltiness… like liberal tears.

Why Should Schumer Be Scared?

According to the Federalist,

“Newly released tax records show that in the 2018 election cycle, Majority Forward raised $2.7 million for the nonprofit Coalition for a Safe and Secure America (CSSA). CSSA used the money, which made up the majority of the $4 million it raised, to create false attack ads against Republican senators specifically intended to suppress turnout.”

Even the somewhat left skewed Axios pointed out that Majority Forward and the CSSA were up to some serious shenanigans “aimed at depressing Republican general election turnout in 2018, newly released records show.” Axios reported, “Republicans Josh Hawley and Mike Braun, now U.S. senators, were among those targeted. So were then-Sen. Dean Heller and now-Rep. Matt Rosendale, who lost their races.”

The CSSA, financed by Majority Forward ran some pretty libelous ads aimed at suppressing the GOP vote in these key races.

The group Citizens for Responsibility & Ethics in Washington or CREW presented a detailed complaint of Majority Forward and the CSSA’s suppressive actions to the IRS asking them to investigate violations of their 501(c)(4) status.

“Based on the publicly available information, Coalition for a Safe Secure America
falsely represented that it did not engage in any political activity in its 2018 tax year and
failed to disclose hundreds of thousands of dollars, if not more, in spending on political
activity on its 2018 tax return. The IRS should investigate Coalition for a Safe Secure
America, and should it find it made false or incomplete statements on its tax return, take
appropriate action.”

So What Is There To Investigate?

As it always is, you only need to follow the money and the people. 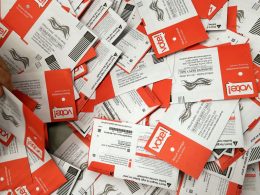 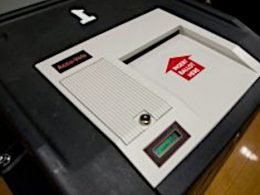 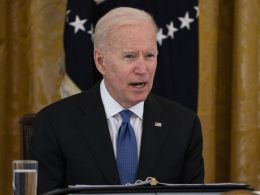