The Washington, DC mayor has now decided to defend murderers as violent crime continues to skyrocket in our nation’s capital.

Washington, D.C., Mayor Muriel Bowser, a Democrat, said on Thursday, March 10th that the carjacker who murdered a doctor in the city this week “probably didn’t intend to kill anybody.”

Bowser was referencing the murder of 33 year old Rakesh Patel, an intensive care unit doctor at a D.C. hospital who was killed on the evening of March 8th when an individual stole his car and hit him with it.

When Patel left his Mercedes unattended to give a package to his girlfriend, at least one person jumped in the car and drove off. When the doctor ran out into the street to try and save his car, the carjacker ran him over.

“There is no more important issue for us right now than dealing with people who are committing crimes in our city,” Bowser said when speaking with a reporter. “We saw one person, who probably didn’t intend to kill anybody, but did, and devastated a family.”

.@MayorBowser responds to Qs about Rakesh Patel, the 33yo @MedStarWHC doctor who was stuck & killed by his OWN car on Tuesday after someone had just stolen the car from him in Adam’s Morgan. @fox5dc pic.twitter.com/E64cZ9qySn

Washington, D.C. police have not yet apprehended the carjacker, who has not been unidentified, but the police department released a video of two persons of interest in the case.

Patel’s murder comes as carjackings and murders have skyrocketed across the United States, especially in the Washington, D.C. area and other Democrat-run cities. Carjackings tripled in D.C. from the year before the COVID pandemic to 2021.

According to reporting from the Washington Free Beacon:

In one particularly grisly case last year that drew national attention, a 66-year-old Uber driver was killed in D.C. during an armed carjacking carried out by two 13- and 15-year-old girls.

In January, a candidate for D.C. city council had his car stolen at gunpoint.

A poll conducted in February of 2022 revealed that 73 percent of voters in Washington, D.C. believe that Mayor Bowser has done a poor job of combating crime.

A mass shooting situation has been reported in Washington, D.C. in the 2200 block of Alabama Avenue. According…
byadmin 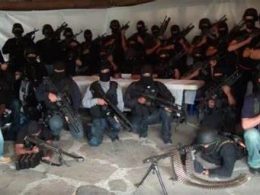 On August 18th Donald Trump, Jr. took to his Twitter account with a fantastic analysis of the situation…
byMatthew Holloway 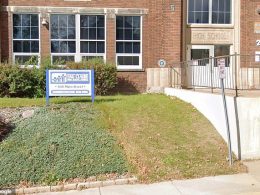 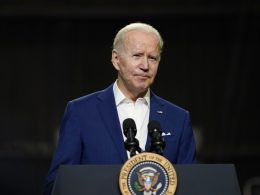 Since coming to Los Angeles and breaking away from the Royal Family, life for the Duke and Duchess…
byMatthew Holloway
No comments

Several major explosions rocked Kyiv in the early hours of the morning, and a CBS News reporter was…
byadmin