You can almost pity Portland’s Progressive-Socialist Democrat Mayor Ted Wheeler, he’s had a really rough couple of years between Antifa/BLM protests, COVID19 and wait… What?!? He just went berserk on a business owner who questioned him on his hypocrisy of not wearing a mask at a Pub? Nope, momentary pity is gone. Let’s go to work.

The Oregonian has revealed audio recorded during the incident in which Portland Mayor Ted Wheeler apparently pepper sprayed a man identified as 48 year old lawyer and Alpenrose Dairy heir, Cary Cardonau.  Cardonau according to Fox News, “confronted the Democratic mayor leaving a restaurant on Sunday evening and accused him of not wearing a mask. He also allegedly tried to obtain a copy of the mayor’s meal receipt and surveillance footage from his time inside the restaurant, a police said.”

“He had no face mask on and got within a foot or two of my face while he was videoing me. I became imminently concerned for my personal safety, as I had recently been physically accosted in a similar situation. In addition, I was concerned about contracting COVID given that he was right in my face and he was not wearing a face mask.” Wheeler claimed,

Independent journalist Andy Ngô reported that were Wheeler a police officer and not mayor he would’ve been punished for use of force. “According to Portland Police’s directive on use of force, this would have been cause for an officer to be punished.”

The Portland Mayor reportedly had the courtesy to toss Mr. Cardonau a bottle of water to rinse his eyes with afterword. While police officers who took Wheeler’s statement said that “surveillance footage from the restaurant supports Wheeler’s and Adams’ account of the incident.” according to the Post Millennial.

The audio recording from the Oregonian seems to depict a fairly calm interaction. Unpleasant? Yes. Confrontational? Yes. But not a violent one. which begs the question: Is closing to within a six foot distance of a person without a mask on now justification for assault?

In the audio you can clearly hear Cardonau saying,

“Oh my God! Wow…wow you just pepper sprayed me. For no reason… at all” to which Wheeler responds with his justification “We asked you to back away and you didn’t.”

Wheeler’s office has said he “is cooperating with the police investigation and encourages others involved to do the same.” It seems unlikely the mayor will face assault charges for his hypocrisy… gone berserk.

Portland Mayor/Police Commissioner @tedwheeler pepper-sprayed a man who accosted him. Wheeler said he was afraid of getting COVID-19. According to Portland Police's directive on use of force, this would have been cause for an officer to be punished. https://t.co/40d9qFnEqw 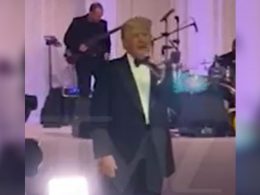