Florida Governor Ron DeSantis is quickly becoming the next Donald Trump, with his quick wit and his passionate speeches. In a recent press conference, DeSantis pulled no punches when discussing two bills designed to crack down on communist Chinese influence in his state.

“And then I don’t even need to discuss, you know, these entertainers and the athletes and these business people,” DeSantis said. “If you’re somebody that will light your hair on fire because Georgia is requiring voter ID but yet you’re lining your pocket with money from China and not a peep about the slave labor that’s going on over there, you, my friend are a hypocrite, and you’re not somebody that should be taken seriously.”

“And yet, that seems to be the normal course of things,” he added. “And I think a lot of these companies, you know, who’ve tried to become woke and try to basically get in with some of these far-left activists when it comes to things like voter ID, they have a really hard time explaining how if that’s the line in the sand for them, how they could possibly have these business relationships that they do in China and specifically with the Chinese Communist Party, because you don’t get to have big business relationships there unless you have the imprimatur of the CCP.”

“So I think what the legislature did was great,” DeSantis concluded. “It was long overdue, but particularly, I don’t see how anyone could have lived through the last year and a half and not come to the conclusion that there’s something fundamentally wrong about how this regime is influencing so many different institutions and industries around the world. And so today, Florida says we’re fighting back, and we’re gonna make sure the laws of this state reflect that.” 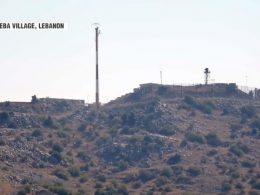 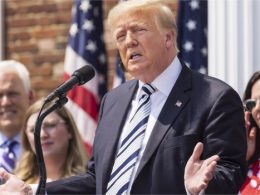