Twitter detectives were at their best when noticing odd objects on Dr. Fauci’s bookshelf. Seen in the background of one of his many interviews Dr. Fauci keeps prayer candles. Not uncommon for those of the catholic faith but no Saint is adorning these candles but images of Fauci himself depicted as a saint.

Dr. Fauci is a narcissist by nature and his climb to global fame during the Covid-19 pandemic hasn’t mitigated his self-absorption. In an interview with radio host Hugh Hewitt, Fauci made it clear he isn’t going anywhere anytime soon.

Finally!@hughhewitt challenges Dr. Fauci on why he doesn’t resign seeing as his history of hypocrisy, flip-flops, and failed predictions have destroyed his value as a public-health official.

Will Fauci Ever Step Down?

Hewitt asked President Joe Biden’s Chief Medical Officer if he would ever step down from his position.

“Is there a point where you will say, ‘I do more harm than good because people don’t listen to me anymore,’ and step aside?”

The answer was a resounding no.

“No. Absolutely, unequivocally no, Hugh. Sorry.”

Dr. Fauci has become too comfortable with the limelight, even with his approval ratings plummeting with the American People. According to a Rasmussen poll, Dr. Fauci’s approval ratings have dipped a total of 10 points. His record for flip-flopping advice and not following his own restrictions have left the people distrustful of the medical man’s advice.

Dr. Fauci’s popularity with the left has fed his ego too long for him to let go. National Geographic created a documentary of the man. Glorifying his role in the Covid- 19 Pandemic and work during the Aids/HIV epidemic in the late 80’s early 90’s. Critics scoffed at National geographics efforts as there are ” few warts on display.”

Good and bad the attention rewarded to Fauci only feeds his ego, but we must be wary of his advice. A man such as Fauci will only perpetuate what he needs to stay relevant in a time of crisis.

Steve Deace and Todd Enzern, co-authors of “Faucian Bargain: The Most Powerful and Dangerous Bureaucrat in American History,” make a case against the man and his dictates. They layout well-prepared arguments in the face of Faucian worship. A must-read for any conservative in the Corona era.

"The issue here isn't how bad the other side is; the issue is how much we suck. That is the issue."
–> @SteveDeaceShow, fed up & not holding back 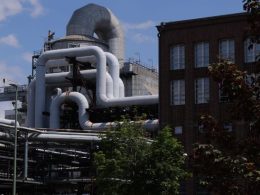 U.K. Make Their Move While White House Sets on Their Hands

In a move that heralded a new and impressive decisiveness and speed from the Tory Government in London,…
byadmin 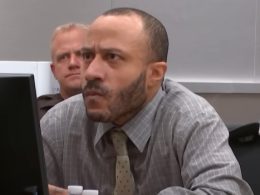 What This Defendant Did Left Judge Absolutely TERRIFIED

The Waukesha Christmas massacre defendant Darrell Brooks, shocked the courtroom when he pounded his fist and glared menacingly…
byStaff Editor