Taylor Lee, an FDA Economist gave insights into the Biden-Harris regime’s views on COVID vaccination mandates in a video shot by an undercover reporter for Project Veritas that have Dr. Antony Fauci and the entire government-medical establishment going into full panic mode. Amongst the badly off-color humor about using “blow darts” on the African American populous that rage-bait grifters will focus on Lee let a singular truth slip that the government wasn’t ready for you to know yet. In the news industry, we call this ‘saying the quiet part loud.

“Census goes door-to-door if you don’t respond. So, we have the infrastructure to do it [forced COVID vaccinations]. I mean, it’ll cost a ton of money. But I think, at that point, I think there needs to be a registry of people who aren’t vaccinated. Although that’s sounding very [much like Nazi] Germany,” Lee said.”

“Nazi Germany…I mean, think about it like the Jewish Star [for unvaccinated Americans].”

The FDA economist also spoke in a manner reflective of the nascent desire many Americans expressed in a recent poll: that it’s time for Conservative and Progressive-Socialist America to separate.

“So, if you put every anti-vaxxer, like sheep, into like Texas and you closed off Texas from the rest of the world, and you go, ‘Okay, you be you in Texas until we deal with this [pandemic].’”

Failing forced segregation based upon vaccination, Lee returned back to the idea of forcibly vaccinating Americans again with the florid use of “blow darts” while expressed in a darkly comical fashion this does disturbingly reveal the thought process behind many people in this government: your freedom of choice doesn’t matter.

“I’m gonna go door-to-door and stab everyone [with the COVID vaccine], ‘Oh, it’s just your booster shot! There you go!’”

“Go to the unvaccinated and blow it [COVID vaccine] into them. Blow dart it into them.”

“All of the wealthy white people are getting vaccinated because they’re educated.”

Of course, Fauci is freaking out, only in thoughtlessness and ignorance can evil flourish. And remember this came from an employee of the same Food and Drug Administration whose approval of the vaccinations have been considered so pivotal for so many millions of Americans, so many who were hesitant were waiting almost exclusively for that approval.

The Biden-Harris Regime’s FDA And The Banality of Evil

In her 1963 work ‘Eichmann in Jerusalem’, political theorist Hannah Arendt interviewed Nazi War Criminal Adolf Eidmann extensively throughout his trial under the Israeli court for his part in the holocaust. She wrote,

“Evil comes from a failure to think. It defies thought for as soon as thought tries to engage itself with evil and examine the premises and principles from which it originates, it is frustrated because it finds nothing there. That is the banality of evil.”

Arendt focused on the German concept of Führerprinzip, or ‘leader principle, an idea that can be summed up that “the leader’s word is above all written law”. It’s a concept that we’re seeing made manifest before us in post-COVID America.

The morality of every argument from the government and media in reference to COVID19 typically begins with something to the tune of  “the government says…” or “the experts say…” or “Dr. Fauci said…” even “the Science says…”. As if ‘science’ is an unchanging religious dictum and not the hyper fluid construct of evolving concepts that grow as our knowledge does. In the thirties ‘the science’ said lobotomies were good medical treatments, in the sixties, DDT was a life-saver, in the eighties Dr. Fauci himself suggested regarding HIV “the possibility that routine close contact, as within a family household, can spread the disease.” all of which we now know to be ‘bad science’.

But the American culture, perhaps owing to our national, cultural heritage, (statistically the majority of Americans are almost as German as we are English) have found ourselves in 2021 equally susceptible to this ‘appeal to power’ fallacy as the deutches Volk were in 1933.

Consider this year’s banality of evil, when The New York Times tells us: “Don’t Go Down the Rabbit Hole: Critical thinking, as we’re taught to do it, isn’t helping in the fight against misinformation.” of Forbes who told us “You Must Not ‘Do Your Own Research’ When It Comes To Science“. The media and the government alike are calling upon us NOT to think for ourselves because it is ‘dangerous’, but to rather place our full, thoughtless, obedient trust in them. This is the very definition of Führerprinzip, and likewise, the ‘banality of evil’.

“Good can be radical; evil can never be radical, it can only be extreme, for it possesses neither depth nor any demonic dimension yet–and this is its horror–it can spread like a fungus over the surface of the earth and lay waste the entire world. Evil comes from a failure to think.” 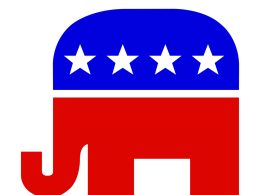 Man Steals Ambulance with Patient Inside, You Wont Believe How This One Ends 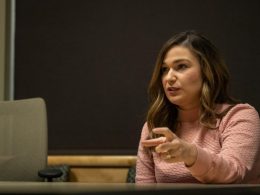 A video of Kamala Harris is absolutely blowing up online. This is not exactly a good thing. With…
byAnthony Smith

Penn State, or the Pennsylvania State University, has announced that it has terminated its plans to open a…
byStaff Editor