A low-level North Carolina political consultant, Leslie McCrae Dowless has taken a plea agreement and plead guilty to charges of Social Security disability fraud which was discovered while he was under investigation related to accusations of election fraud. Since Dowless was working for a firm employed by a Republican candidate the mainstream media is spinning the story as if the Social Security Fraud has bearing on whether or not election fraud took place, despite the charges being tangential and unrelated.

McCrae Dowless pleaded guilty to 2 of the 4 charges he faced related to Social Security disability fraud stemming from the ballot fraud investigation, and prosecutors agreed to drop two other charges, via ⁦⁦@will_doran⁩https://t.co/b7e6yRsWEr https://t.co/XPNnez8WIp

Leftist Media Latches On And Jumps The Gun, Over-Eager to Find GOP Fraud

The Daily Boulder framed the story as “Republican Busted For Running Election Fraud Scheme And Defrauding The Government“ McCrae Dowless has not been convicted on any charges related to the Election he was working on, at least not yet.

“Neither of the charges dealt directly with the election fraud allegations, however. Instead, he pleaded guilty to two of the four charges he faced related to Social Security disability fraud, and prosecutors agreed to drop the other two charges.”

McCrae Dowless has been under investigation for an absentee ballot fraud scheme in Bladen County and southeastern North Carolina. However, this is a separate case in state court being prosecuted by Wake County District Attorney Lorrin Freeman. The case is still in progress. The electoral fraud investigation stems from accusations against McCrae Dowless which caused the North Carolina 9th District Congressional Race to be rerun, without the Republican candidate Mark Harris.

The Undecided Case The Press Is Trying to Connect — And The Real Scandal: Mail-In Ballots

The mainstream media is desperate to pain the Dowless case as a simple one of a Republican being caught committing election fraud, but that’s just a convenient way to frame a more complicated story to fit their ideological narrative. Dowless’s secret to success as a political consultant according to the News Observer was “paying a handful of local residents to drive around and collect people’s mail-in ballots — and then, if the voters left any races blank, to fill them in for the Republican candidates.”

That’s right, this entire case is predicated on how easy it is for malicious actors to manipulate MAIL-IN VOTING. Far better for the leftist media to just shout about the cheating Republican right?

Only it isn’t that simple.

Wilmington’s WECT reported that Dowless worked for at least 21 politicians over the years…. from BOTH PARTIES. Yup, from 2008 to 2012 he worked for both Democrats and Republicans, only skewing Republican after 2014. Boom.

The fact that McCrae Dowless skewed GOP so late fairly well demonstrates that he’s hardly an ideologue but more aptly illustrates that the Republicans were far more dominant in North Carolina in the waning days of the Obama Administration and the beginning of the MAGA movement.

What is most important here isn’t who he was selling his crooked services to, after all, once Mark Harris became aware of his alleged crimes he did the right thing, called for a rerun, and dropped out.

No, what is pivotal here is HOW Dowless allegedly committed his fraud, it was all dependent on high adoption of mail-in voting and a crystal clear example of why the practice cannot and must not be employed nationwide, and a glaring example of why the results of the 2020 General Election are so very, very suspect. 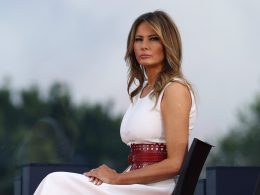 Enrique Tarrio, the leader of the Proud Boys, was arrested in Washington, D.C. on Monday, for burning a…
byMark Megahan

The Biden-Harris regime has done something truly incredible, something that even the most conservative Republicans and the most…
byMatthew Holloway