Mother Walks In On Her Teenage Daughter Overdosing, Then Sees Who Was Next To Her…

A man has been arrested by Metro Nashville Police and accused of sexually assaulting a 13-year-old girl.

According to police, the girl’s mother found her motionless laying on 27-year-old Jackson Hernandez-Gomez’s bed with white foam coming from her mouth.

The police were called to the scene by the mother and the girl was taken to Vanderbilt Pediatrics to be treated for a potential drug overdose.

When he spoke with the officers, Hernandez-Gomez stated that the girl allegedly arrived drunk and on drugs and stated that she wanted to have intercourse with him.

Hernandez-Gomez has been arrested and charged with sexual battery of a physically helpless person.

It is stories like this that make many parents fearful of their own daughter’s safety.

Sadly, it’s entirely possible for someone to try and take advantage of kids, especially with the numerous horrible things that can happen these days.

This incident serves as a reminder for parents to keep track of their children as much as possible and educate them on safety.

Store owners turned to vigilante justice in Buffalo, New York, to defend their shops from “rampant” looting. They…
byMark Megahan

He Gave Up His Life to Protect…

Not all heroes wear capes and many give up their lives to protect American citizens with little recognition.…
byStaff Editor 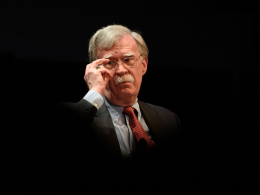 John Bolton, one of the most prominent diplomats of the last three decades, was successful in triggering America’s…
byadmin 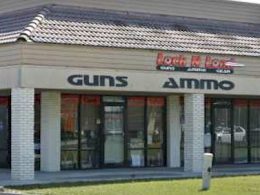