Former Democrat Congresswoman Tulsi Gabbard has again broken from party lines to criticize Speaker Nancy Pelosi saying it was “incredibly dangerous” for Pelosi to refer to members of her own House saying “the enemy is within the House of Representatives.”

Gabbard continued “This kind of broad, inflammatory rhetoric is like throwing a match into the tinderbox,”

The former congresswoman has surprised many on both sides of the aisle by pushing away from DNC leaders who are rampantly branding Trump supporters “domestic terrorists” and pushing for an extra-judicial, unconstitutional 2nd impeachment of President Trump.

Gabbard pointed out that if members of Congress are engaged in “terroristic threatening” then they are subject to the law and should be prosecuted appropriately. Rather than the Speaker making hyperbolic statements about Republican party members and potentially placing their lives in danger.

Defending Members of the Opposition Party

CBS reported that when asked what she meant by “enemy within” Pelosi told reporters, after repeating debunked claims that President Trump incited violence on the Congress. “It shouldn’t be that not only is the president of the United States inciting an insurrection, but keeps fanning the flame endangering the security of members of Congress, to the point that they’re even concerned about members in the House of Representatives being a danger to them,” she said.

Gabbard Calls on Pelosi to Apologize

Tulsi Gabbard in blunt style pointed out the at if the charges had merit they should be prosecuted and if not,

“This is why it’s so important for Nancy Pelosi — if these accusations are baseless — she needs to apologize — not so much to her colleagues but to the American people who right now, more than ever, need leadership coming from the speaker of the House, who represents all members of Congress and the American people to bring us together.”

The gentlewoman from Hawaii doesn’t seem to understand that Pelosi, Schumer, Biden and other leaders of her party don’t have any interest in “unity” with Republicans on Capitol Hill or anywhere else in the nation for that matter.

In the very same press conference Pelosi discussed increasing security for sitting members of Congress “Their protection is further enhanced by initiatives that we are taking.” It doesn’t sound like the head of ‘the people’s house’ is very confident about being among the people.

Donald Trump made a surprise appearance at a wedding over the weekend, calling out Joe Biden in a…
byadmin
No comments

Following his resignation as the governor of New York last year, Andrew Cuomo made a statement on Thursday…
byStaff Editor

Hunter Biden is breaking all new ground in the realm of influence peddling and government corruption. His new…
byadmin 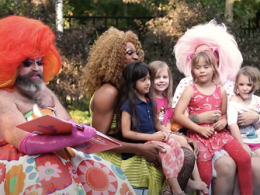