A Perkins Coie lawyer who works for the Clintons and has full access to a “massive dark money network” generating “nearly unlimited funding.” What could go wrong? Marc Elias has gone solo. George Soros has disappeared and somebody needs to shuffle all the New World Order cash around.

Marc Elias isn’t just “one of the most influential liberal attorneys in Washington,” he’s a despicably vicious political slug with more connections to the New World Order elite than most people realize. According to Caitlin Sutherland, he started a liberal lawsuit mill with dark and sinister Deep State millions.

As the Executive Director of Americans for Public Trust notes, “Mr. Elias frequently raises money for the Democracy Docket Action Fund, but what he isn’t telling his loyal followers is the fund is a project of the Arabella-connected North Fund.”

Sutherland calls the North Fund “shadowy, even by D.C. standards.” Elias has another group too. “Democracy Docket Legal Fund, is just a project of the Arabella-managed Hopewell Fund.”

Put it all together and it adds up to scary answers. “All of this together means that as Arabella Advisors’ dark money attorney, Mr. Elias will have access to nearly unlimited funding to file lawsuits across the country.”

By way of background, Elias served as Hillary Clinton’s top campaign lawyer during the 2016 election. His firm at the time, Perkins Coie, hired Glenn Simpson and Fusion GPS, who in turn dug up Christopher Steele and set him to work building his dirty dossier against Donald Trump. Also in his dark and sinister past are credit for pushing “a multi-state challenge against voter identification laws.”

Back then, liberal “billionaire George Soros funded the efforts.” It seems that Elias got a promotion to George’s job. There’s been some speculation on a replacement but nothing has been clearly revealed as of yet.

Picking up the Soros priorities

Right after Hillary lost the 2016 election, “Priorities USA, one of the nation’s largest super PACs, tapped Elias as it shifted its focus to voting laws. Soros provided $9.5 million to the PAC during that election cycle, making him one of its most generous donors. Elias led the efforts from its connected nonprofit arm.”

The dark money pile has been growing ever since.

Most folks don’t realize that “Arabella-managed funds act as a conduit for deep-pocketed liberal donors to stealthily bankroll numerous left-wing groups.” They do it in the dark.

They spread the wealth around through four different funds. Hopewell, the Sixteen Thirty Fund, the New Venture Fund, and the Windward Fund. Any wealthy Democrat who wants to can “pour cash into dozens of initiatives that fall under Arabella’s umbrella.” It’s all anonymous so dark money can come from anywhere in any amount. In 2019 alone the four funds managed to rake in “$715 million in cash from secret donors.” The action fund started by Elias “is a project of the North Fund, which also boasts connections to Arabella Advisors.” North Fund “reported $9.3 million in donations in 2019, according to its tax forms. Its sole donor was the Sixteen Thirty Fund.” Saurabh Gupta, “who is listed in North Fund’s tax forms as general counsel, is also general counsel for Arabella Advisors.”

Some say it’s all to cover up donations from one family, the Rothschilds. They have more money than anyone can possibly even count. What’s even spookier is that in 1630, the ship Arabella sailed into Boston Harbor carrying the Charter of the Massachusetts Bay Company, “thereby giving legal birth to the Commonwealth of Massachusetts.” The ship had been renamed in honor of Lady Arabella “the daughter of Thomas Clinton, 3rd Earl of Lincoln.” 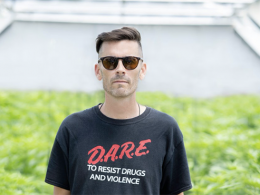 Craig Gross is a pastor from California, an author, and a speaker. He also founded XXXChurch, which is a…
byKasey Dean 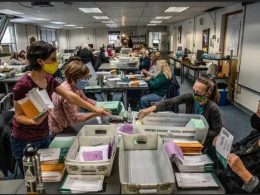