In the continuing saga of self-inflicted emergencies which has defined and permeated the totality of Democrat Socialists’ response to the COVID19 outbreak, the latest boot to fall is that of National Guardsmen deployed to supplement the devastated ranks of medical professionals in New York under a state of emergency. Professionals who are now unemployed due to the authoritarian vaccine mandate signed by the disgraced Fmr. Gov. Cuomo and carried out by Governor Kathy Hochul.

Gov. Hochul has declared a state of emergency due to the shortage of healthcare workers and prepared to issue executive orders allowing her to deploy medically trained National Guards, allow Doctors and Nurses licensed in other states and countries to work temporarily, reactivate licenses of retired medical personnel and those with lapsed licenses as well as rushing medical school graduates into the field.

“New York State’s largest healthcare provider, Northwell Health, has fired 1,400 employees who refused to get COVID-19 vaccinations, according to a spokesman, Joe Kemp.”

Effective midnight tonight, nurses and hospital staff that did not get the vaccine will be fired

NY Gov Hochul will deploy the National Guard to fill for the hospital staff shortages pic.twitter.com/5qojb82Idy

Creating A Healthcare Emergency In One Easy Step

The Intelligencer reported that the impact is being felt keenly in New York City where about 10% of approximately 5,000 of the city’s public hospital workforce “remained unvaccinated and were not allowed to work.”

However, many aren’t going quietly, they further revealed that “New York’s health-care mandate is facing at least eight lawsuits.” One of these suits as reported by GOPNewsfeed resulted in a restraining order which is in effect until October 12 from a Utica, NY judge based upon religious exemption.

“Jillian Dobrzenski, a 34-year-old nurse at Catholic Health, is among those who have a religious exemption, but said that her choice to remain unvaccinated was based on a range of factors, including that she had COVID last December. If the religious exemption isn’t extended beyond October 12, Catholic Health said unvaccinated employees will be placed on unpaid leave for 30 days, after which their employment will be terminated.

“I’m not ready to not be a nurse anymore and this would basically eliminate me from being a nurse in the entire state,” Dobrzenski said. “We would probably be okay on savings for at least a handful of months. After that, I already have an RN license to work in the state of Florida and it looks more and more each day like we’ll probably end up selling our house and moving.”

As of this writing, the tally of New York Healthcare workers terminated for exercising their own informed medical judgement or religious beliefs in defiance of the Governor’s authoritarian invasion of their bodily volition is approximately 6,400 people. That number is expected to grow. 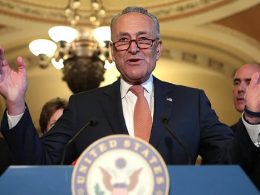 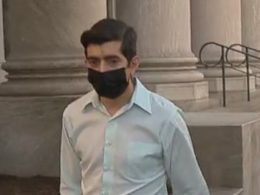