Antifa affiliated anarchists of the Black Lives Matter persuasion were so happy with the triple guilty verdict in Minnesota’s Derek Chauvin case that they burned down a significant part of Portland, Oregon. The city’s defunded and outnumbered police mostly let them get away with it. That is, until it got personal.

In Portland, Oregon, left-leaning anarchists have been allowed to do as they please without consequences for over a year now. It’s no surprise that the Antifa flag waving mob, fashionably dressed in official Black Lives Matter riot gear, would be fully prepared to cause violence and mayhem, no matter what verdict was returned in the Chauvin case.

Officer Derek Chauvin was found guilty on all three charges in the death of George Floyd. To Democrats, that’s not good enough.

As they slashed and burned their way across town on Tuesday night, a group of Antifa types “surrounded a police officer and got in a confrontation with him.” The officer, mounted on a patrol bicycle, “tried to get past one of them and moved him out of the way.”

BLM-Antifa in Portland promises violence “no matter what the verdict is” in the Chauvin trial. This should make it clear that these months of riots have never been about justice but rather is an excuse to be violent & destructive without consequence. #PortlandRiots pic.twitter.com/mlrpRGQCj3

That’s when the thug “sucker-punched another one of the cops right in the face.” Police reinforcements moved in on the run, “piling on the attacker.” After he regained consciousness, he was arrested. One of only two. Randy Gray was placed in handcuffs and booked into the Multnomah County Detention Center.

If the city does something that they don’t like, they should be allowed to burn down local merchants at will in reprisal. They see nothing wrong with that at all. Unfortunately, the Imperial Palace also considers what they are doing to be totally protected free speech and won’t lift a finger to stop it.

There has been some vandalism tonight, and arrests have been made. This is damage to a coffee shop at SW 4th Ave/SW Morrison St. pic.twitter.com/fHKUMikeef

Antifa aligned factions have been insisting all along that what really needs to happen is the elimination of police completely. Guilty or innocent, the community is in rage. They promised all over social media that there would be violence either way.

As the sun went down, the anarchist uprising began. The large group which had assembled proceeded to cover the city in graffiti and start looting in Starbucks. At least two of them were vandalized separately.

Sadly, the rioting mob of Antifa anarchists caused around “$20,000 in damage to NE Portland Boys and Girls Club.”

An Officer is surrounded and punched in the face and ends up on the ground on his back with the suspect on top. This was a very dangerous situation. Subject was arrested. https://t.co/JbkDSWybFE

They didn’t care one bit that the charity provides “services for mostly black and Hispanic kids and their families.”

By around 11:00 p.m. the Antifa and BLM rioters had enough for the evening so began to disburse. Officials are happy to note that the violence and destruction had been limited to “within a few blocks.”

That’s small consolation for the shop owners cleaning up the smashed glass and wondering how they will get merchandise back for sale on the shelves. Many are considering moving to someplace where the police are allowed to do their jobs.

The Texas National Guard are making things difficult for human smugglers and the cartel doesn’t like it. Numbers…
byStaff Editor 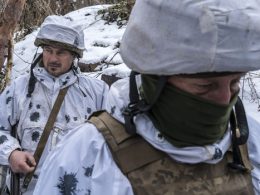 The construction of the Obama Presidential Center was put on hold for an alleged hate crime. A noose…
byStaff Editor

Kamala Harris ventured into Republican waters last weekend. Harris was in Tallahassee, FL, to give a speech. In…
byAnthony Smith