Conservative voices have been censored into oblivion since the global government was installed but somehow, Trey Gowdy managed to break the silence. He went on Faux News with some explosively harsh words for New York Governor Andrew Cuomo and the corrupt way he covered up his nursing home death debacle.

Gowdy stands up for what’s ‘Right’

Former South Carolina Representative Trey Gowdy embodies the qualities that used to define the Republican Party. He’s not shy and boldly stands up for the “Right” side of the political aisle. Along with the purge of deplorable nationalists in government from Donald Trump on down, all the rogue RINOs have come out of the closet.

They lined up and pledged their allegiance to the Imperial Leader and the open borders global government he administers over the North Central American region. Biden is only a puppet under orders from the Open Societies Foundations. There aren’t many true conservatives left in Congress, and they are disgusted with what the GOP has decayed into. The Grand Old Party is over.

Now is the time for all good conservatives to come to the aid of the Republican Party. Either the established branch will purge their ranks of Democrat sleeper cells and regroup around core traditional Republican values, or they will go down as a part of American political history alongside the Whigs and the Tories.

Trey Gowdy understands that. Since “unity” is the big imperial buzz word these days, then His Wisdom Joe Biden should start cleaning the corruption out of his side of the aisle, starting with the deep blue state of New York.

“Biden says he wants to unify the country,” Gowdy challenges. “How about just start with people who died in nursing homes and their families in New York?” He was referring to registered Democrat New York Governor Andrew Cuomo.

The imperialist “issued a directive at the start of the pandemic that ordered the transfer of COVID-infected patients into nursing homes.” It was like herding them into the holocaust showers. The idea was that the “people most susceptible to the virus were supposed to be kept safe.” It didn’t work that way. 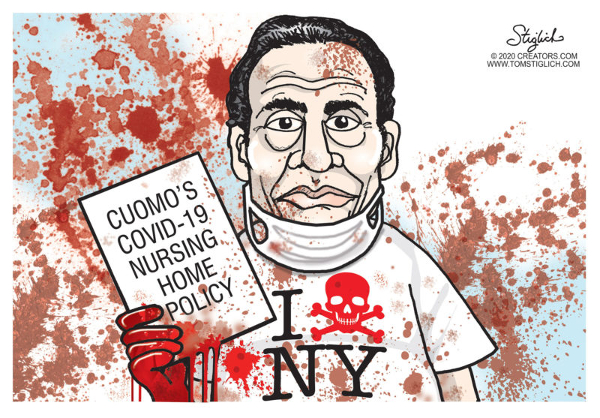 As Gowdy emphasized, elderly patients held hostage in nursing homes started dropping like flies. Cuomo did what any good imperialist would do, cover it up. The numbers cooked up by the Cuomo administration were fake.

Gowdy certainly wasn’t happy that a senior Cuomo aide “released a report showing that the governor and his team held back coronavirus death data out of fear that it would be used against them by the Department of Justice.” When imperialist Democrats are afraid of the DOJ something is REALLY wrong.

All sorts of evidence is floating around about Democrat wrongdoing from Uranium on to Obamagate. A DOJ attorney confessed to weaponizing evidence in order to nail down an illegal wiretap in a case that makes Nixon’s Watergate break in look like a third-rate burglary. He got probation. Cuomo did something even they consider too horrible to defend.

We all know that when the Imperial Leader talks about “unity” what he really means is censorship of conservative voices. Gowdy isn’t buying that. Instead, he’s pointing out the corruption which even Democrats can’t deny but somehow seem to ignore. “If Biden truly wants to take on the ‘big task’ of uniting all Americans, he needs to start by reaching out to the most vulnerable people. He needs to get justice for elderly victims of Governor Cuomo’s failed policies.”

Even the mainstream network media were in on the coverup. as Mollie Hemingway jumped in to point out, the governor’s “very bad policy decisions” were celebrated by the networks. “This is really scandalous behavior, and it’s worth remembering that the media did praise him, giving him awards and putting him out there as one of the best governors for handling this.” Meanwhile the conservative critics who told the truth were silenced into oblivion for the crime of being “right.”

The corrupt Cuomo clan’s hypocritical misconduct and history of scandal knows no boundaries. The special treatment of New…
byadmin
One comment

What is more vile, evil, and disgusting than taking a tragedy that has cost lives, annihilated families, and…
byadmin 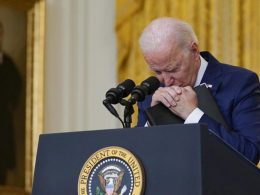