Online shopping has exploded since the beginning of the pandemic, especially with. grocery orders. One can now shop online and go pick it up with ease. Even better as been the ability to have your order delivered.

However, having groceries delivered is not without the occasional mishap. Sometimes a bad product is placed in your bag, or an order mix-up. But for some it’s even worse the store employees doing teh shopping for you may even accidentally drop their crack pipe in your bag.

A routine grocery order became unsafe quickly for a Colorado mom unloading groceries with her toddler. A carton of eggs, a container of milk, a stick of butter, and a crack pipe.

Tesia Britt had made an order with her local Colorado Walmart for grocery delivery, but when she and her three-year-old daughter were unloading the bags, they found a dirty crack pipe in one of them.

Walmart says it’s taken ‘disciplinary action’ against the third-party driver over the incident. However, Britt says the store hasn’t apologized, nor have they given her a gift card the chain promised her.

Speaking with the press Britt said, “Honestly, they treating this whole situation like it’s just a messed up grocery order and it’s bigger than that.” No word on the possibility of charges against the driver. Walmart claims the said driver has been terminated.

Britt claims that she. was also promised a store gift card as an apology but has not received that either.

“I have not received an apology from Walmart,” tBritt explained. “I literally was offered a refund of my order and a gift card of unknown value that I never received! I haven’t heard anything from Walmart, and honestly, I don’t think they were planning on doing anything until I reached out to Fox 31 Problem Solvers.” 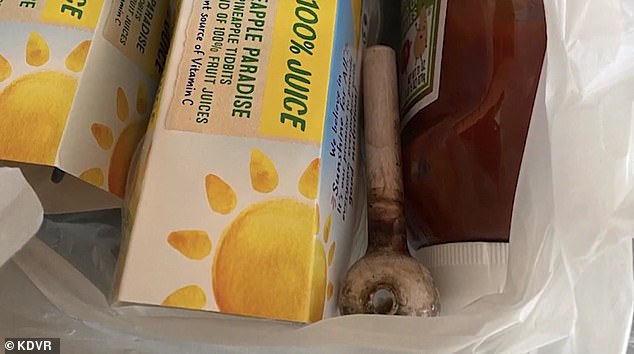 Now, Britt is worried that the Walmart, which is located between Tower Road and I-70 in Aurora, Colorado is less than “sincere about making things right” with her order.

She also said, “I should have never had to experience finding a crack pipe in my groceries….and honestly, they treating this whole situation like it’s just a messed up grocery order, and it’s bigger than that.”

After Britt’s story went viral, they confirmed that Walmart corporate launched a thorough investigation of the incident and came back with the following verdict:

“We strive to provide every customer with a positive delivery experience. While uncommon, we take customer complaints like this very seriously. Upon learning of what happened, we immediately deactivated the third-party driver and encourage any customer who encounters anything unsatisfactory to reach out to customer care.”

Britt claims she will still order her groceries but will check each bag moving forward.

“You shouldn’t have to worry about when you have groceries delivered that you can’t even let your kids help anymore, because you don’t know what you’re going to find in these bags,” she said.

NBC SLAMMED For Concealing the Truth 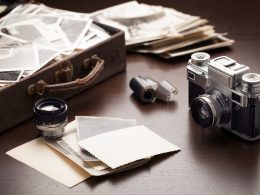 John Polo lost his true love, Michelle, to a  rare, terminal cancer but their story leaves us breathless…
byStaff Editor

Two Teens Rescued Him Moments From Death, LOOK At Him Now

Two teenagers, Jaydon Pettitpas and Aidan Hart, were hanging out when they spotted what appeared to be a…
byStaff Editor